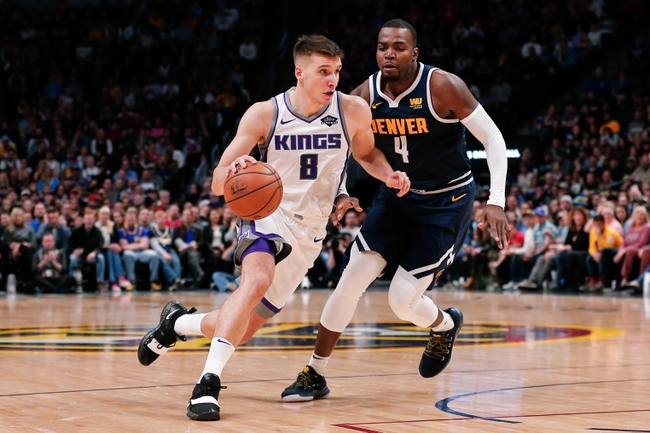 In the win over the Suns, the Nuggets were led by Jamal Murray.  Murray was 8 of 19 shooting and 9 of 11 from the free throw line, totaling 27 points.  Nikola Jokic posted a triple-double in the win, scoring 23 points, dishing out 12 assists, and pulling down 14 rebounds.  Malik Beasley had 17 points off the bench.  The Nuggets as a team shot a poor 26% from deep.

The Kings saw 13 players touch the floor in the 32 point loss to the Jazz.  Dewayne Dedmon carried the team offensively with 11 points and 6 rebounds.  However, Dedmon did commit 7 turnovers in the loss.  Bogdan Bogdanovic cam off the bench to contribute 10 points and 2 assists.  Buddy Hield struggled to find rhythm in the game, going 1-7 from the field and scoring just 7 points in total. The Kings were without Marvin Bagley III in the game.

The Nuggets are 1-0 ATS as a road team this season.

The Nuggets are 7-2 ATS in their last 9 games against the Kings.

The over is 8-1 in the last 9 road games for the Nuggets.

The Kings are 0-3 ATS this season.

The over is 5-1 in the last 6 Kings and Nuggets games.