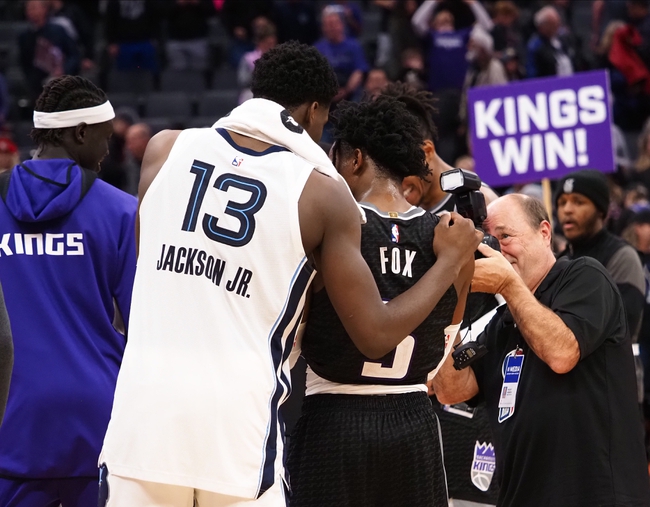 The Sacramento Kings and the Memphis Grizzlies duke it out at the Golden 1 Center on Thursday night.

The Memphis Grizzlies have been in great shape as they've won eight of their last 10 games and they will be gunning for a third straight victory after taking down the Trailblazers in a 111-104 home win in their last outing before the All-Star break. Brandon Clarke led the team with 27 points on 12 of 14 shooting off the bench, Ja Morant added 20 points with nine assists while Jonas Valanciunas chipped in with 12 points and 18 rebounds. As a team, the Grizzlies shot 47 percent from the field and a miserly six of 23 from the 3-point line but they played great defense in containing the Trailblazers' backcourt of Damian Lillard and CJ McCollum to a combined 16 of 44 from the field which was key in the fourth quarter.

Meanwhile, the Sacramento Kings have been in decent form as they've won six of their past 10 games, but they will be hoping to avoid a third straight defeat after getting thrashed by the Mavericks in a 130-111 road loss on Wednesday. Buddy Hield led the team with 22 points and nine assists, De'Aaron Fox added 16 points with four assists while Kent Bazemore chipped in with 15 points. As a team, the Kings shot just 41 percent from the field and 12 of 39 from the 3-point line as they fell behind by 11 points at halftime, before getting blown out in the third quarter where they trailed by as many as 25 points. The Kings weren't bad, but they just weren't switched on to start the game and never looked threatened after falling into an early hole.

Head to head, the under is 17-7 in the last 24 meetings overall and the Grizzlies are 1-4 ATS in the last five meetings in Sacramento.

The Grizzlies have been one of the surprise packages this season and they’re coming into this game with plenty of momentum after winning eight of 10 games heading into the All-Star break. The Kings have been a little streaky this season as they’ve certainly enjoyed some bright spots, but they are coming into this game looking to bounce back after getting routed in their last game before the break. These two squads have already met twice this season with the season series tied at 1-1, so while the Grizzlies are 1-4 ATS in the last five meetings in Sacramento, I think they represent decent value as underdogs here, so I’m taking the Grizzlies.