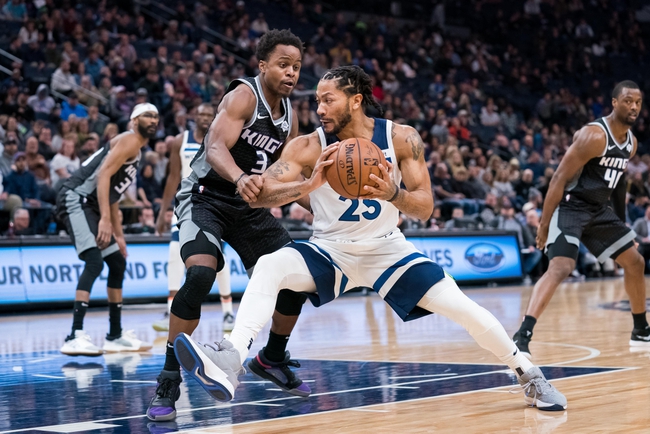 In the Kings loss to the Rockets, Sacramento was led offensively by De'Aaron Fox.  Fox converted on 13 of 21 attempts from the floor, making 4 foul shots, recording 31 points and 6 assists.  The Kings shot 47% from the floor and 23% from distance.  Sacramento dominated the boards, out rebounding Houston, 62 to 43.  The Kings defense hurt their chances, allowing Houston to make 15 3-pointers.

Timberwolves are 1-5-1 ATS in their last 7 road games.

Timberwolves are 1-9-1 ATS in their last 11 games overall.

The under is 4-0 in Timberwolves last 4 overall.

Kings are 4-1 ATS in their last 5 Thursday games.

Kings are 0-4 ATS in their last 4 games overall.

The over is 6-2 in the last 8 matchups.  The Timberwolves are in a bad stretch of basketball here, having lost 10 in a row.  Karl-Anthony Towns is also questionable for the game.  The Kings have lost 4 in a row and 5 of their last 6.  Neither offense has been able to score at a consistent rate, as the under has been profitable for both teams. The Timberwolves overall on the season are 10-17-2 ATS, while the Kings are 16-14 ATS.  Both teams have been struggling, so this has the potential to be a sloppy game.  I'll take the under in this one.  Final score prediction, the Kings win and the total goes under, 108-103.