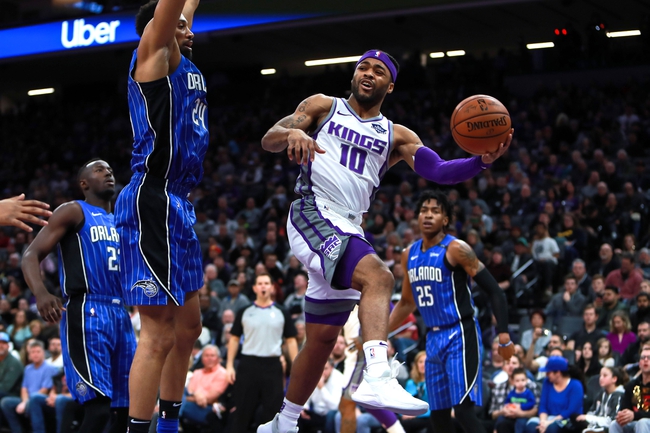 In the Magic loss to the Suns, Orlando was led throughout the game by Evan Fournier.  Fournier was 9 of 21 from the floor, hitting 7 of 8 from the foul line, totaling 28 points.  The magic shot 37% from the floor and 27% from 3-point range.  The Magic out rebounded Phoenix, 58 to 52.  The Magic lost by 4 and were out scored from the charity stripe 23 to 19.

In the Kings loss to the Bucks, Sacramento was guided offensively by DeAaron Fox.  Fox recorded a double-double in the loss, finishing with 19 points and 10 assists.  The Kings shot 46% from the floor and 28% from deep.  Sacramento was smoked from the foul line, being out scored 23 to 8.  The Kings trailed by as many as 22 in the game.

Magic are 0-5 ATS in their last 5 games against the Kings.

The under is 7-1 in Kings last 8 games against Orlando.

The Magic have the 30th ranked scoring offense in the league, averaging just under 103.5 per game.  The Kings aren't much better, ranking 24th in scoring.  However, the Magic are outstanding on defense, holding opponents to less than 104 per game.  I'll side with Orlando on the road, as the Magic have been consistent all year on defense.  Final score prediction, Magic will outright win, 105-101.