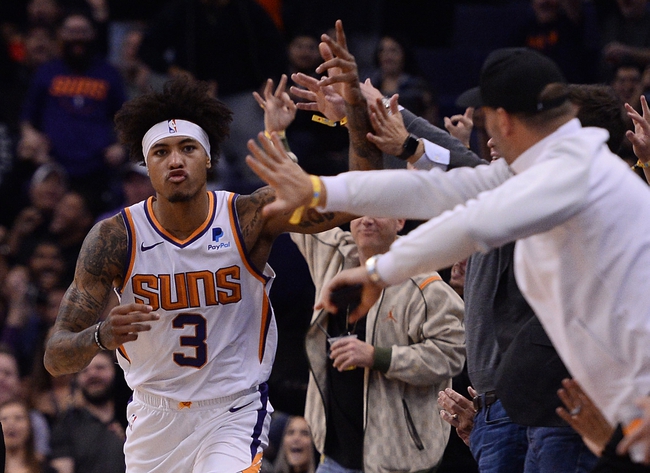 The Phoenix Suns head to Sacramento for a game with the Kings on Tuesday, but first must play the Boston Celtics at home on Monday.  In their last game the Suns were victorious against the Atlanta Hawks by the score of 128-112.  The Suns were led in scoring and rebounds by Kelly Oubre Jr. who scored 30 points while shooting 10 of 18 from the field and 8 of 10 from the free throw line and recorded 7 rebounds.  Ricky Rubio led the Suns in assists in the game with 8 while playing 30 minutes in the game.

As of Monday, the Suns are 7-4 and are currently in 2nd place in the Pacific Division.  The offense for the Suns is led in scoring by Devin Booker who is currently averaging 25.5 points per game.  Ricky Rubio is leading the Suns in assists per game with 8.7 and in rebounds per game with 6.3.  The Suns come into Tuesday’s game as a healthy team, as no one is currently listed on their injury report.

The Sacramento Kings welcome the Phoenix Suns to town after winning their last game against the Boston Celtics by the score of 100-99.  Buddy Hield was the main offensive weapon for the Kings as he led the team in points with 35 while shooting 14 of 24 from the field. Bogdan Bogdanovic led the Kings in assists with 10 on the night while playing 31 minutes in the game. Nemanja Bjelica was the Kings’ leading rebounder, pulling in 14 rebounds on the night, including 4 offensively.

With the win, the Kings are now 5-7 and are currently in 4th place in the Pacific Division. Buddy Hield is leading Sacramento in points per game on the season with 19.9.  De’Aaron Fox is leading the Kings in assists per game on the season with 7.  Richaun Holmes has been the Kings leader in rebounds per game with 7.7.  The Kings enter Tuesday’s game with 2 players on their injury report as Caleb Swanigan and Trevor Ariza are listed as day to day.