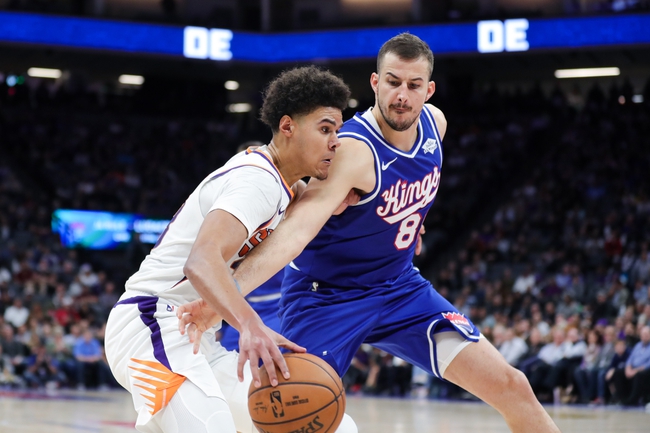 The Phoenix Suns go to Sacramento, California, to take on the Sacramento Kings on Saturday at the Golden 1 Center. The Suns are coming off of a loss to the Denver Nuggets to give the Phoenix Suns their seventh straight loss on the season.

The Sacramento Kings are on a five-game losing streak, last falling in heartbreaking fashion to the Minnesota Timberwolves 105-104 in double overtime.

Sacramento is 16-15 ATS this season

Kings are 1-4 ATS in their last five games playing on one day's rest.

Both teams are very similar in record and recent performances. Both teams are missing important pieces to their roster at the moment. The Suns are missing Deandre Ayton and Kelly Oubre Jr, while the Kings are missing De'Aaron Fox and Marvin Bagley III. If De'Aaron Fox and Marvin Bagley III play in this game, which they may as they are making progress in their injury rehab, I think the Sacramento Kings win this one and get back to being a promising team. If they are not back, I think the Suns' edge a win off of Booker's performance. I think the Suns win this one due to the uncertainty of the availability of Fox and Bagley. Final Score Prediction, Phoenix Suns win 111-106.