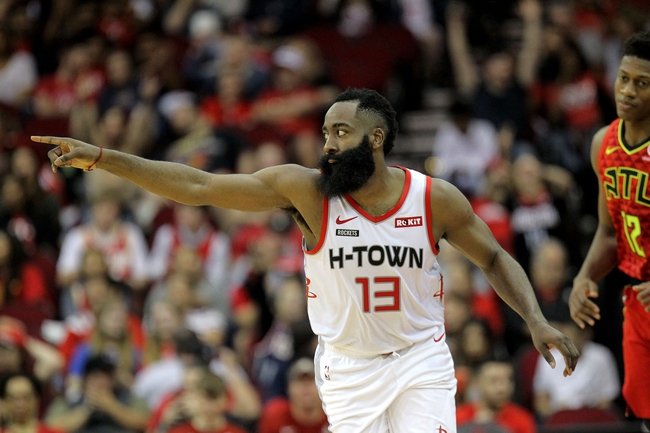 The Houston Rockets head to San Antonio on Tuesday for a game against the Spurs in a battle between two teams in the Southwest Division.  In their last game the Rockets defeated the Atlanta Hawks by the score of 158-111.  James Harden had a monster game in what has been a brilliant season as he scored 60 points while shooting 16 of 24 from the field and 20 of 23 from the free throw line.  Harden also led the Rockets in assists as he dished out 8 on the night in the 31 minutes that he played.  Ben McLemore had a big game for the Rockets as he collected 13 rebounds to lead the Rockets and to go along with his 24 points.

With the win in their last game, the Houston Rockets are now 13-6 and are currently in a 1st place tie in the Southwest Division.  James Harden is Houston’s leading scorer and is scoring 38.9 points per game and is always a threat to shoot, especially with the step back three. Harden is also the Rockets leader in assists per game with 7.8.  Center Clint Capela has really stepped up his game lately and is leading the Rockets in rebounds per game with 14.7.  The Rockets come into Tuesday’s game with a clean bill of health as they currently do not have anyone listed on their injury report.

The San Antonio Spurs welcome the Houston Rockets to town on Tuesday after losing their last game to the Detroit Pistons by the score of 132-98.  DeMar DeRozan led the Spurs in points, scoring 20 while shooting 6 of 12 from the field and 7 of 8 from the free throw line.  Dejounte Murray led the Spurs in assists in the game against Detroit, recording 6 while playing a total of 22 minutes.  Drew Eubanks led the Spurs in rebounds, pulling in 8 total, with 3 coming offensively.

San Antonio is now 7-14 on the season and are currently in 3rd place in the Southwest Division.  DeMar DeRozan leads the Spurs in points per game with 21.6. DeRozan is also leading San Antonio in assists per game as he is averaging 4.5.  Lamarcus Aldridge has been the Spurs most productive rebounder and has averaged 6.7 per game this season.  The Spurs come into Tuesday’s game with 2 players listed on their injury report as Chimezie Metu is out and LaMarcus Aldridge is listed as day to day.