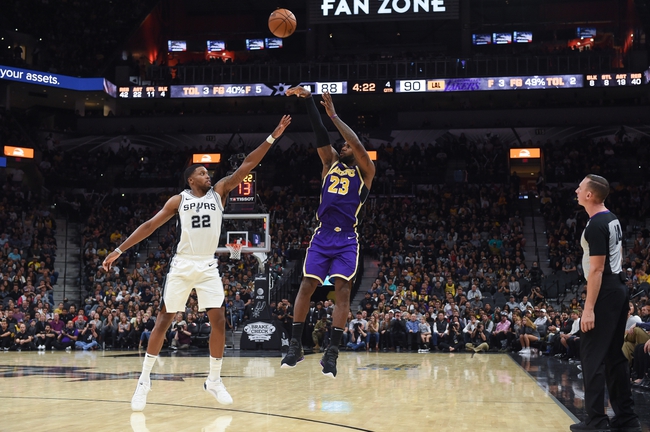 Lakers are 1-4 ATS in their last 5 games overall.

Lakers are 5-1 ATS in their last 6 vs the Southwest.

The under is 15-7 in Lakers last 22 vs the Western conference.

Spurs are 1-4 ATS in their last 5 games overall.

The over has cashed quite nicely in the last 16 meetings, going 12-4.  The Lakers have only been stopped twice this year, and are 2 games above the .500 mark against the spread.  The Spurs on the other hand have been awful against the spread, going 4-13.  The Spurs saw their 8 losing streak come to an end, in the win over the Knicks.  The Lakers have won 7 in a row.  The Spurs offense has been decent, scoring an average of 113 per game.  However, the Spurs defense is allowing over 115 per game, which ranks in the lower third of the league.  The Lakers defense has been good, giving up an average of 103 per game, that ranks 4th in the league.  The Spurs have been to inconsistent this year and are going up against LeBron and one of the leagues best defenses.  The Spurs will be over matched, I'll take the Lakers on the road.  Final score prediction, Lakers win and cover, 113-105.