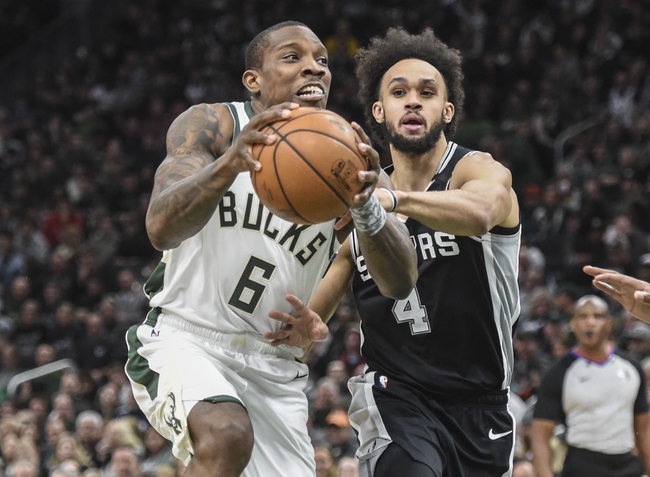 MIL at SAS +7.5 Click to Get Latest Betting Odds

The Milwaukee Bucks travel to the AT&T Center to take on the San Antonio Spurs in the second of a back to back between these two teams. The Bucks come in having won five straight games and beat the Spurs 127-118 to improve their record to 32-5 on the season. The Spurs loss dropped them to 14-20 on the year.

The Spurs have been solid on the offensive end this season averaging 113.2 points per game and ranking 7th in the NBA on the year. The Spurs system invented by genius Greg Popovich has led the Spurs to shooting 47% from the field which ranks 3rd in the NBA. Leading the Spurs in scoring is Demar DeRozan who averages 21.6 points per game and adds 4.9 assists. Operating in the paint is center LaMarcus Aldridge who adds 19.4 points and leads the team in rebounds with 7.9.

The Bucks have been a dominant force in the NBA this season beating opponents by a league best average of +12.8 and have been one of the most consistent teams for bettors with a 21-16 record ATS on the season. The Spurs have not shared the same success with a 12-21-1 ATS record. Final score prediction, the Bucks complete the sweep of the Spurs winning the game and covering the spread with a final score 121-105.