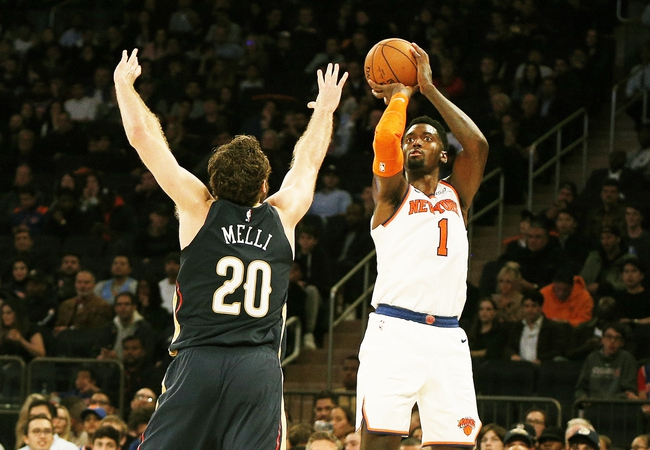 The New York Knicks are set to visit AT&T Center in San Antonio, Texas for a cross-conference clash against the San Antonio Spurs. The New York Knicks will be looking to rebound from their 2018-2019 season as they went 17-65 which landed them at 15th in the Eastern Conference. The New York Knicks made a big addition by adding forward Julius Randle who averaged 21.4 PPG and 8.7 RPG with the New Orleans Pelicans last season. The Knicks also had one of the top picks in the NBA Draft this past offseason which they used to draft R.J. Barrett out of the Duke.

The San Antonio Spurs have consistently been a contender in the Western Conference, and a huge reason for that is Gregg Popovich but it usually takes a while for them to get going. The New York Knicks made a ton of moves in the offseason as they loaded their roster up with role players, and I think they will be much better than in years past. The Knicks starting lineup will look brand new from previous years as Julius Randle, R.J. Barrett, Marcus Morris, and Reggie Bullock will all be in the starting lineup which is an improvement. The Knicks should be able to keep this game close in the season opener as they have the talent to compete, and this game will come down to the final minutes.