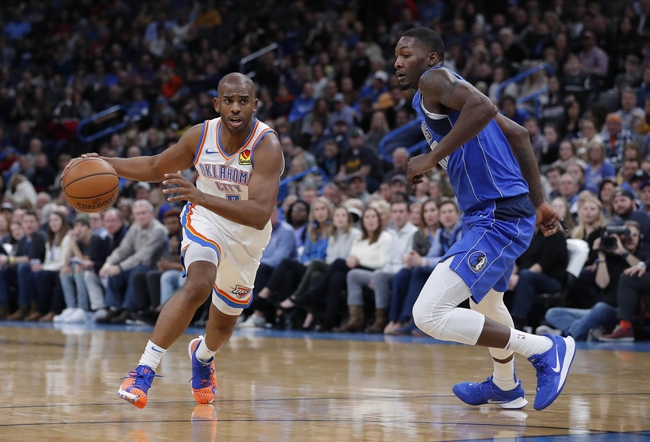 The Oklahoma City Thunder travel to San Antonio to take on the Spurs in a western conference battle. The Thunder come in off a huge upset win over the Dallas Mavericks, winning the game 106-101 to improve their record on the season to 18-15. The Spurs come in on a two game winning streak, most recently beating Golden State at home winning the game 117-113 to improve to 14-18 on the year.

Oklahoma City has not seen the same success on the offensive end averaging 108.2 points per game and ranking 20th in the NBA and shooting an abysmal 39.4% from the field as a team. The Thunder are led in scoring by Shai Gilgeous-Alexander who averages 19.8 points per game. Another key contributor for the Thunder is offseason addition Chris Paul who leads the team in assists with 6.5 and adds 16.6 points per game for the Thunder.

The Thunder have been exceptional at covering the spread this season, rewarding bettors with a 21-12 record ATS and covering in five of their last six games. While the Spurs have struggled on the season with a 11-20-1 ATS record. Final score prediction, the Thunder continue their solid ATS performances and win this game as underdogs with a final score of 108-103.