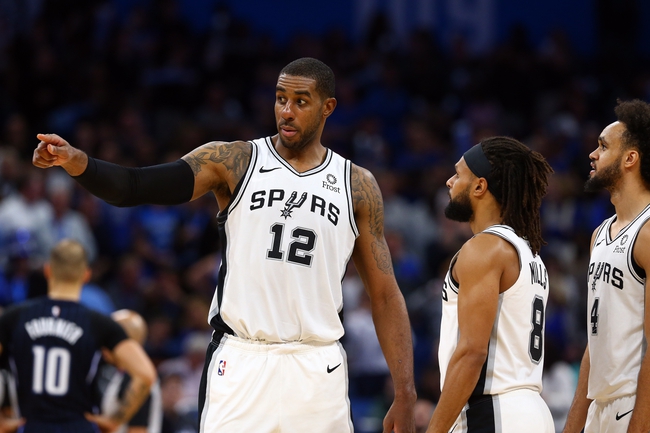 Portland will be taking the court with a team that is scoring 112 PPG on offense while shooting 44% from the floor. The Trail Blazers will be without big men Pau Gasol and Zach Collins, so look for newcomer Hassan Whiteside (15 PPG, 12 RPG) to play a huge role in this game. Whiteside will be counted on to improve a Portland defense that is surrendering 114 PPG to opposing squads.

San Antonio takes the court in need of a win in a very competitive Southwest division. San Antonio is 11th in the NBA in points scored per game (112) and 3rd in the league in rebounds per game (49). San Antonio will try to control the floor while working the ball in and out between LaMarcus Aldridge and DeMar Derozan. San Antonio has dropped five out of their last six games and the Spurs are in desperate need of a big win.