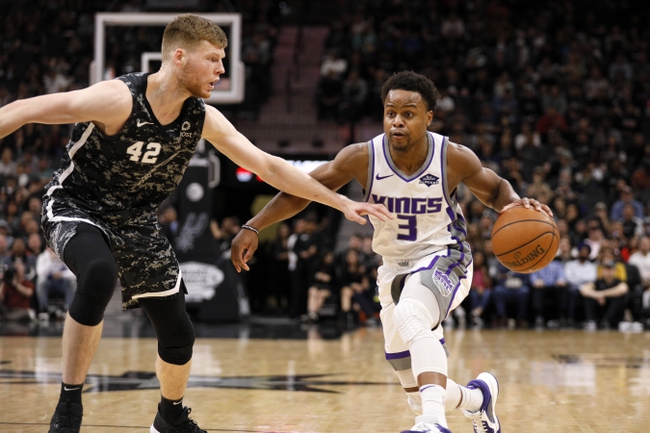 In the Kings loss to the Trail Blazers, Sacramento was led on offense by Richaun Holmes.  Holmes connected on 11 of his 14 attempts from the floor, hitting 6 of 8 from the foul line, registering 28 points.  Holmes also secured 10 rebounds, which gave him a double-double for the game.  The Kings shot 46% from the floor and 32% from 3-point range.  Sacramento was out scored in fast break points, 28 to 17.

In the Spurs win over the Rockets, San Antonio was led on offense by DeMar DeRozan.  DeRozan converted on 9 of his 25 attempts from the floor, registering 23 points and 9 assists in the win.  The Spurs rallied in the game, out scoring Houston, 34 to 18 to force OT.  The Spurs shot 47% from the floor, making 43% from deep.  San Antonio stayed in the game, thanks to their ability to score inside the paint.  The Spurs out scored the Rockets 66 to 44 in the paint.

The Kings have already been without De'Aaron Fox and Marvin Bagley III, but now Bogdan Bogdanovic has found himself on the injured list. As of right now he is is questionable, with a knee injury.  If for some reason Bogdanovic can't suit up, I like the Spurs chances even better in this one.  Sacramento is averaging just under 105 points per game, if Bogdanovic is out, this will decrease the point production.  The Spur shave won 7 of the last 10 matchups against the Kings, while also coming off a win against the Rockets.  Final score prediction, Spurs win at home.