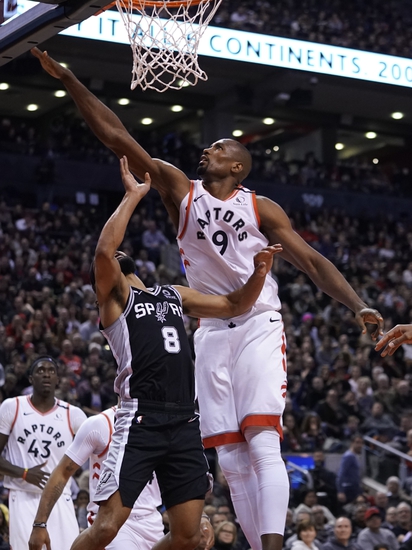 In the Raptors win over the Knicks, Toronto was led on offense by Kyle Lowry.  Lowry registered 26 points, 6 rebounds, and 3 assists in the win.  Toronto converted on 51% from the floor and 49% from 3-point range.  The Raptors were out rebounded, 46 to 31.  The Raptors out shot the Knicks from distance, collecting 17 3-pointers, to New York's 13.

In the Spurs loss to the Suns, San Antonio was guided offensively by Demar DeRozan.  Derozan collected 30 points, 8 rebounds, and 4 assists.  The Spurs shot 42% from the floor and 20% from 3-point range.  The Spurs lost the points off turnover battle, 23 to 14.  The Spurs led 28-22 at the end of the 1st quarter.

Raptors are 0-7 ATS in their last 7 games against San Antonio.

Spurs are 7-2 ATS in their last 9 games against the Eastern Conference.

Spurs are 4-1 ATS in their last 5 games against the Atlantic division.