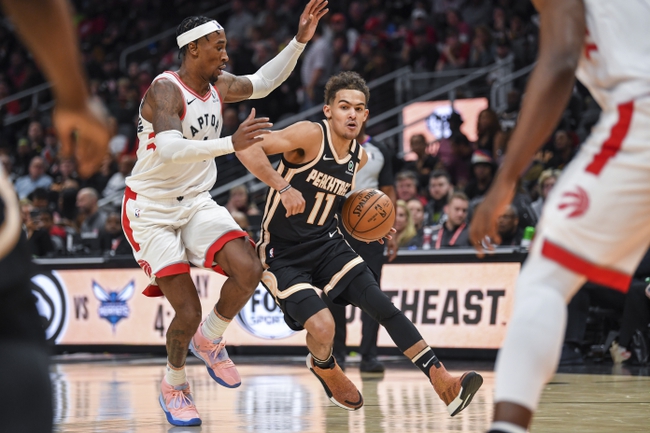 In the Hawks win over the Wizards, Atlanta was guided throughout the game by Trae Young.  Young had a tremendous game in what was an emotional night, after the passing of Kobe Bryant.  Young secured a double-double in the game, totaling 45 points, 6 rebounds, while passing out 14 helpers.  The Hawks shot 58% from the floor and 43% from 3-point distance.  The Hawks held the Wizards to 48% from the floor.  Atlanta dominated the paint, out scoring Washington, 66 to 46.  The Hawks had 30 assists on 54 made baskets.

In the Raptors win over the Spurs, Toronto was led on offense by Pascal Siakam.  Siakam netted 35 points, 8 rebounds, and 3 assists.  The Raptors shot 41% from the floor and 32% from 3-point range.  The Raptors took control of the boards, out rebounding San Antonio 50 to 48.  While the rebounding total was almost even, it was the offensive boards where the Raptors had an advantage.  Toronto collected 14 offensive rebounds in the win.  The Raptors also forced 16 turnovers, which helped Toronto attempt 17 more shots from the floor.

Hawks are 0-9 SU in their last 9 games against Toronto.

Raptors are 5-0 SU in their last 5 games this season.

The over is 5-2 in Raptors last 7 games this year.

The Hawks have struggled on the road this season, posting a 5-19 record.  The Raptors are 16-7 at home thus far.  This game will come down to defense, the Raptors have the better defense, ranking 6th in scoring defense.  Atlanta is allowing nearly 118 per game, which is 29th in the league.  The Raptors don't have an over powering offense, therefore I do think the Hawks can keep this within the spread.  Final score prediction, Raptors will win and the Hawks cover, 116-105.