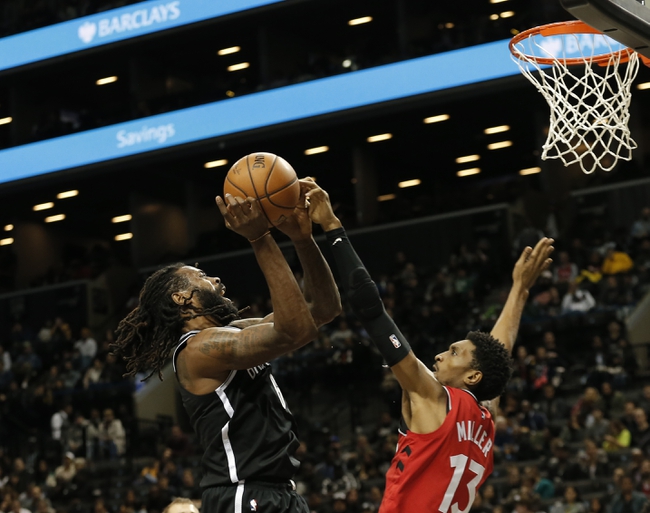 The Brooklyn Nets head to Toronto, Ontario on Saturday for a game against the Raptors in a battle between two teams in the Atlantic Division. In their last game, Brooklyn was defeated by the Charlotte Hornets by the score of 113-108.  Spencer Dinwiddie led the Nets in points in the game against the Hornets, scoring 24 while shooting 8 of 16 from the field and 6 of 9 from the free throw line.  Dinwiddie also led the Nets in assists as he recorded 6 while playing 33 minutes on the night.  Deandre Jordan was the Nets leading rebounder in the game as he recorded 14 boards including 6 offensively.

The Toronto Raptors welcome the Brooklyn Nets to town on Saturday after losing their last game against the Los Angeles Clippers by the score of 112-92.  Pascal Siakam led the way for Toronto on offense as he scored 24 points while shooting 9 of 20 from the field and 5 of 5 from the free throw line.  Marc Gasol was the leading rebounder for the Raptors as he pulled in 11 on the night, including 4 offensively.  Gasol was also the leader in assists for the Raptors as he recorded 6 while playing 31 minutes in the game.

With the loss to the Clippers, the Raptors are now 16-8 on the season, which places them in 3rd place in the Atlanta Division.  Pascal Siakam leads Toronto in points per game on the season with 24.5.  Siakam also leads the Raptors in rebounds per game with 8.3.  Fred VanVleet leads Toronto in assists per game as he is averaging 7.  Toronto enters Saturday’s game with 2 players listed on their injury report as Stanley Johnson is listed as out while Fred VanVleet is listed as day to day.