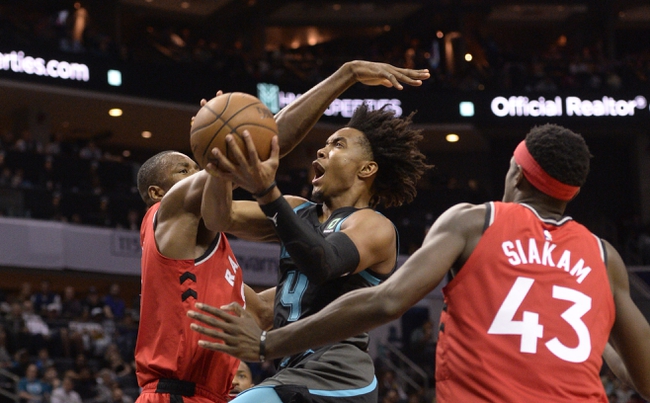 The Charlotte Hornets are on the road for a matchup with the Toronto Raptors.  The Hornets are (6-7) thus far, having beat the New York Knicks 103-102 last time out.  The Raptors are (8-4) on the year, having lost to the Dallas Mavericks 110-102 in their previous game.

In the Hornets win over the Knicks, Charlotte was led by Devonte' Graham.  Graham came up big on the night, totaling 29 points, including the game winning 3-pointer with under 3 seconds to go in the game.  Graham made 10 of 19 from the floor, including 9 of 16 from 3-point range.  The Hornets shot 41% from the floor and 35% from distance.  Both teams recorded 22 assists.  The Hornets were out scored in the paint, 46 to 36.

Hornets are 5-0 ATS in their last 5 road games.

Hornets are 7-3 ATS in their last 10 games overall.

The Raptors are a perfect 6-0 this year as the favorite.  The stat to keep an eye on in this matchup is the 3-point shooting.  The Raptors have the 2nd best 3-point shooting percentage in the league, at almost 40%.  The Hornets have the 19th worse defense in defending the 3 ball.  The Raptors also rank 2nd in free throw percentage, while the Hornets rank 27th.  The Hornets don't have any noted injuries, but even with a full team, the Raptors will be to much, especially at home.  Look for Toronto to light up the scoreboard from distance.  Final score prediction, Toronto covers.