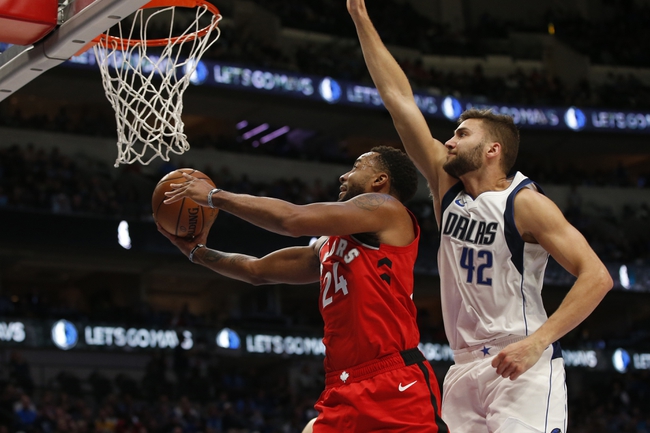 The Dallas Mavericks were seen to likely lose many games while star player and MVP candidate Luka Doncic is out with a sprained ankle, but the Dallas Mavericks have actually looked pretty good without Doncic in the lineup. Most of that reason is due to Kristaps Porzingis, and Tim Hardaway Jr. elevated play. The Mavericks are now 19-9 on the season.

The Toronto Raptors are on a four-game winning streak, last defeating the Washington Wizards. The Raptors also defeated the Detroit Pistons, Cleveland Cavaliers and Brooklyn Nets as well.

The Raptors are 20-8 on the season with a home record of 12-3. The Raptors are dealing with a ton of injuries at the moment, and the injuries may affect them going forward as well as this game.

Over is 5-1 in Mavericks last 6 when their opponent allows 100 points or more in their previous game.

Under is 4-1-1 in Raptors last six after allowing 100 points or more in their previous game.

The Mavericks strangely play terrific away from home. The Mavericks have lost seven of their nine games at home while having a record of 11-2 away. However, the Raptors have done a great job at home. It’s a bit of a letdown game due to Luka Doncic for the Mavericks being out and Pascal Siakam being out for the Raptors. The game will come down to bench play and the way that the Mavericks played against the Philadelphia 76ers, I think they carry that against the Raptors and will get the win in a very close game. Final Score Prediction, Dallas Mavericks win 118-115.