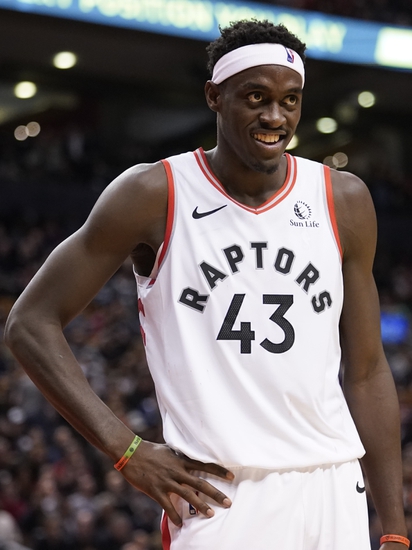 Two teams that are undefeated at home this season will face off on Tuesday when the defending NBA champion Toronto Raptors (15-4) host the Miami Heat (14-5) to Scotiabank Arena for an Eastern Conference showdown. Unfortunately for Miami, this is a road game for the Heat, where they are just 6-5 on the season.

This is a battle between the second and third ranked teams in the Eastern Conference. Miami needs a win to stay on pace with Toronto while the Raptors will look to keep within two games of the Eastern Conference leading Milwaukee Bucks. The defending champs not only enter the game with the huge advantage of being the home team, they are also by far the hotter team. Toronto has won seven in a row and eight of nine with wins against Portland, Philadelphia, and Utah among others along the way. Toronto is also 11-2 in its last 13 games.

In Sunday’s impressive 130-110 home victory over the Utah Jazz, Toronto led 77-37 at the half -- a franchise record -- and cruised to the win against one of the West’s best teams. The win improved the Raptors’ record against Western Conference teams to 5-2. Pascal Siakam led all scorers with 35 points on 14-of-22 shooting to go along with five rebounds, five assists, and two steals in the win. Fred VanVleet added 21 points on 5-of-7 shooting from 3-point range and 11 assists to lead eight different players to score in double figures for the Raptors. Norman Powell scored 15 points, Serge Ibaka -- who returned to Toronto after missing 10 games to injury -- and Terence Davis each added 13 points, Marc Gasol scored 11 points with six assists and five rebounds, and Og Anunoby and Rondae Hollis-Jefferson scored 10 points apiece in the blowout win.

Miami is also undefeated at home, but sits just 6-5 on the road. Those five losses have been against Minnesota, Denver, the Lakers, Philadelphia, and Houston, so there isn’t a ton of shame in the losses. However, Miami enters this game winning just three of its last five games, knocking three lower-level teams and losing to two elite teams on the road.

Most recently, Miami stole a game at Brooklyn as the Heat scored the final 10 points of the game to edge the Nets 109-106. Incredibly, Miami trailed 106-99 with 1:45 to go in the game, but the Heat held the Nets scoreless and pulled out the win. Goran Dragic came off the bench to lead the Heat with 24 points with six assists while Jimmy Butler scored 20 points with seven rebounds despite shooting just 5-of-17 from the field. Bam Adebayo scored 17 points with 16 rebounds and Duncan Robinson and Justise Winslow each added 10 in the win. Robinson also had a double-double with 10 rebounds.

In a game that should be competitive and fun to watch, take the Raptors minus the points. Toronto is just too good at home to go against.