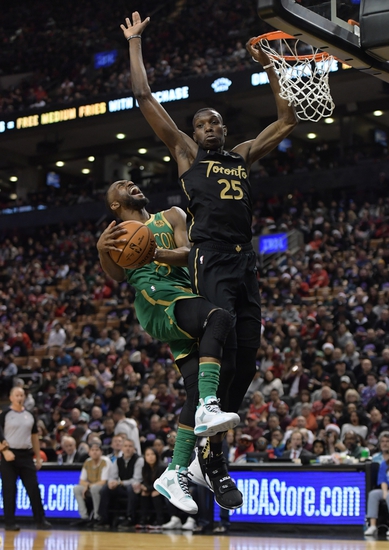 In the Raptors loss to the Celtics, Toronto was led on offense by Fred VanVleet.  VanVleet connected on 11 of 21 attempts from the floor, making 3 foul shots, totaling 27 points.  Serge Ibaka contributed 12 points and 8 rebounds.  The Raptors shot over 47% from the floor and 35% from distance.  The Raptors got out worked on the boards, being out rebounded 55 to 39.  Toronto opened the game on a 10-0 run, but the Celtics quickly came back.

The raptors have been solid at home, posting a 13-4 record to this point.  The Thunder are 5-9 on the road to this point.  The Thunder will be without a key player in this game, as Danilo Gallinari is out with an ankle injury.  The Raptors will still be short handed, as Toronto is still without: Marc Gasol, Norman Powell, and Pascal Siakam.  Both defense's have done well this year, as both are giving up less than 108 per game.  Do to both teams missing key players and the defense's being solid, I'm going to take the under.  Final score prediction, Raptors win and the total goes under, 107-102.