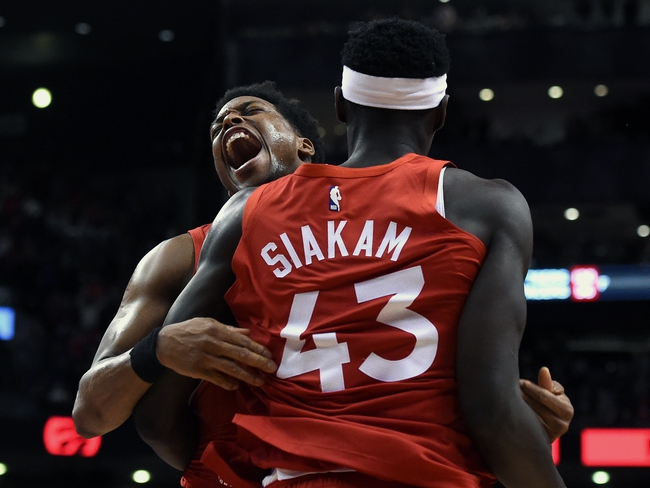 The Toronto Raptors and the Phoenix Suns collide at the Scotiabank Arena on Friday night.

The Phoenix Suns have been in a bit of a rut lately as they’ve lost six of their past eight games heading into the break, but they will be looking to build some momentum after taking down the Warriors in a 112-106 home win on Feb 12. Devin Booker led the team with 27 points and eight assists, Kelly Oubre Jr. added 15 points while Mikal Bridges chipped in with 14 points on six of 12 shooting. As a team, the Suns shot 46 percent from the field and 14 of 37 from the 3-point line as they set the tone with 34 points in the first quarter to take an early 13-point lead, before having to really scrap in the second half as they just couldn’t put away the Warriors. DeAndre Ayton sat out the game with an ankle sprain but is will likely be available on Friday, while Dario Saric and Aron Baynes are both listed as probable.

Meanwhile, the Toronto Raptors were on an absolute tear before the All-Star break as they were riding a 15-game win streak before getting stopped by the Nets in a 101-91 road loss on Feb 12. Serge Ibaka led the team with 28 points and nine rebounds on 10 of 17 shooting, Fred VanVleet added 22 points, Pascal Siakam scored 16 points while Kyle Lowry racked up a triple-double of 12 points with 11 rebounds and 12 assists. As a team, the Raptors shot just 37 percent from the field and 13 of 43 from the 3-point line as they were always fighting an uphill battle after scoring just 40 points in a sloppy first half performance. Marc Gasol has missed time with a hamstring injury and could be out for a longer term for precautionary reasons.

The Suns haven’t looked like the same team that started the season with such promise, but the good news is that they’re starting to get some injured players back on the court with Baynes and Saric returning. The Raptors were riding an impressive 15-game win streak before losing to the struggling Nets in their last outing, but I’m looking at them to bounce back at home where they are 21-7 on the season. The Suns are 9-1-1 ATS in the last 11 meetings in Toronto, but the Raptors are 5-2 ATS in their last seven home games and I think they bounce back with a win and cover against the inconsistent Suns here.