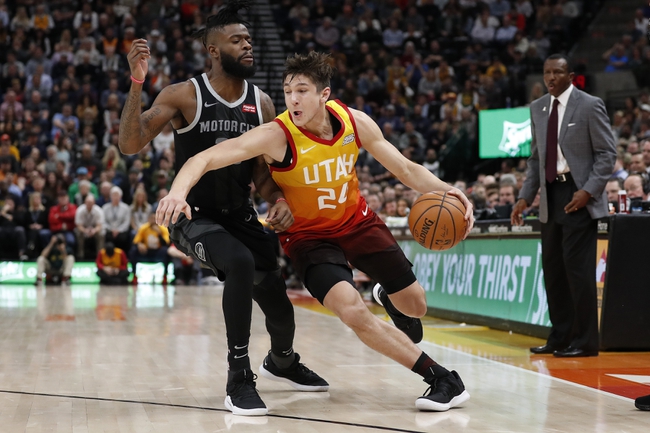 The Detroit Pistons go to Salt Lake City, Utah, to take on the Utah Jazz on Monday at the Vivint Smart Home Arena. The Pistons are coming off a blown-out defeat to the San Antonio Spurs.

The Detroit Pistons are 12-21 on the season and have not had a great year. There was some potential that the trio of Derrick Rose, Blake Griffin, and Andre Drummond would create a playoff-type team for Detroit, but at the moment it doesn't look to be the case. The Pistons are dealing with multiple injuries to their team at the moment, with Luke Kennard, Markieff Morris, Sekou Doumbouya, and Jordan Bone all possibly out for this game.

The Utah Jazz is coming off of a two-game winning streak, defeating the Portland Trail Blazers and the Los Angeles Clippers in their win streak. The Jazz has won four of their last five games.

The Utah Jazz are 20-12 on the season, and the Jazz organization will be disappointing they have not played better this season, but they are getting back on track even with Mike Conley injured. The Jazz may also have a new spark as they have pulled off the first NBA trade this season since the Russell Westbrook trade. The Utah Jazz traded Dante Exum and picks to the Cleveland Cavaliers for Jordan Clarkson. Clarkson can add a much-needed spark to the Bench. Clarkson put up 19 points in his Utah debut.

With the addition of Jordan Clarkson to the Utah Jazz, the Utah Jazz has another player who can score off the Bench, and somebody who can provide assistance while Mike Conley is out. The Pistons have multiple injuries and will likely not be the same team as they usually are, which isn't great in the first place. The Jazz, on the other hand, is very at home, with a record of 12-3 in their own arena, and I am sure they will increase that with this game. Final Score Prediction, Utah Jazz wins 112-102.