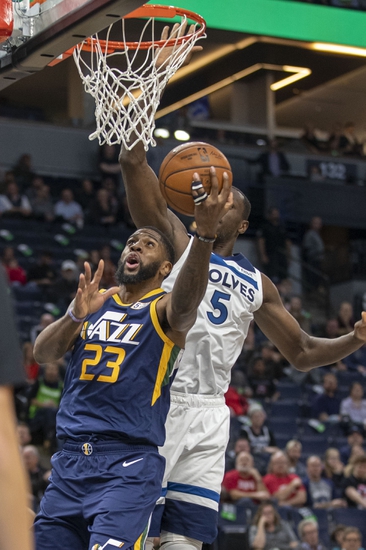 When the Warriors (3-13) visit Vivint Smart Home Center in Salt Lake City on Friday to take on the Utah Jazz (9-5), there really is just one question that can be asked -- can anyone really put their faith in Golden State? This is a team that just lost by 48 to Dallas on Wednesday and then two days later they have to take on a tough Jazz team. Who would put their money with this team?

Golden State has lost eight of its last nine, 11 of 13 games, and 13 of 16 games. The average margin of loss in those games is 16.2 points. In short, when the Warriors lose, they lose badly. Golden State has wins against New Orleans (before Stephan Curry’s injury), against a disappointing Portland team, and against a poor-shooting and poor-defending Memphis team on Tuesday. One day after the big third win of the season, however, the Warriors went out and gave up 142 points to Dallas. Golden State is so decimated by injuries that it dressed just eight players on Wednesday, and none of them were on the team last year.

It’s been the team’s defense that has let it down all year. Golden State ranks second-to-last in the NBA and worst in the Western Conference in defense allowing 118.9 points per game. That’s not good enough for a team that ranks just 18th in the NBA in scoring at 108.2 points per game. The Warriors allowed Luka Doncic to record a triple-double with 35 points, 11 assists, and 10 rebounds in just 26 minutes. Doncic is good, but that is unacceptable.

Eric Paschall led the Warriors with 22 points and seven rebounds in the loss while Ky Bowman scored 16 in the loss. Alec Burks, Omari Spellman, Marquese Chriss, and Jordan Poole each added 11 points. Of its healthy players, Paschall is Golden State’s leading scorer with 17.1 points per game and Burks adds 14.5 points per game.

While Golden State has been dreadful this year, Utah has been as good as expected, but the Jazz have lost two of their last three games. The two losses were a one-point heartbreaker at Memphis and a 10-point loss to Minnesota that was immediately avenged two days later when Utah won at the Timberwolves by eight points. And it was just 11 days ago that Utah visited San Francisco and won by 14 points, 122-108.

On a team that has had four different players lead them in scoring this season, it was Bojan Bogdanovic who scored 30 points in the road win at Minnesota. Donovan Mitchell added 26 points and seven rebounds while Mike Conley scored 16 points with eight assists and six rebounds, and Rudy Gobert scored 12 points with 15 rebounds. Gobert led the team in the game at Golden State when he scored 25 points with 14 rebounds, while Mitchell scored 23, and Conley added 22.

Neither team is good against the spread. Golden State is 6-10 this season against the spread while Utah is 5-9. But this game doesn’t need trends to be able to figure out. Going into any game there is risk, but logic says to take Utah and collect at the end of the game. Against the top of the Western Conference, the Warriors are 0-7 and are losing by an average of 20.1 points per game. Until the Warriors show that they can hang with anyone of any quality, run with the better team. Take the Jazz.