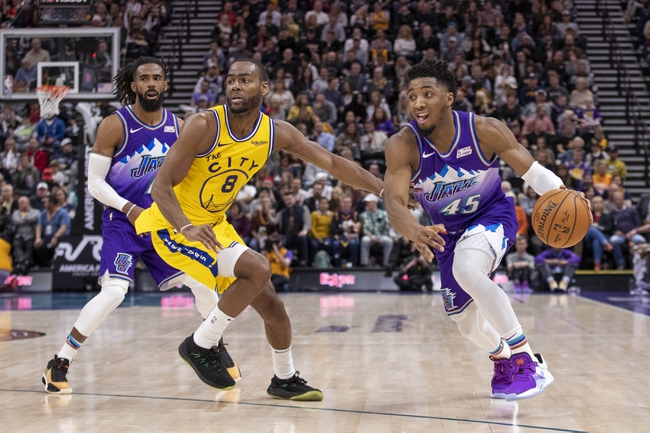 The Utah Jazz and face their own struggles as of late, last losing to the Oklahoma City Thunder. The Utah Jazz have only won four of their last ten games, and they have not been the team that they were thought to have been at the beginning of the season.

A big reason why the Utah Jazz have not been all that amazing this season, is the fact that Mike Conley has not played his best basketball. In fact, it can be argued that Mike Conley is playing some of his worst basketball of his career, not sure if it's due to chemistry, or age, The Jazz have to try to figure out a way to get Conley and other members of the team like Joe Ingles back on track.

Both of these teams have been this season, the Utah Jazz are still a playoff contending team, they've just been playing below their expectations. The Golden State Warriors are truly one of the worst teams in the NBA due to losing all their talent, this can be a big game for the Jazz to have an opponent that they can beat up on, and gain some confidence, and I think they will. Final score prediction, Utah Jazz win 115 - 94.