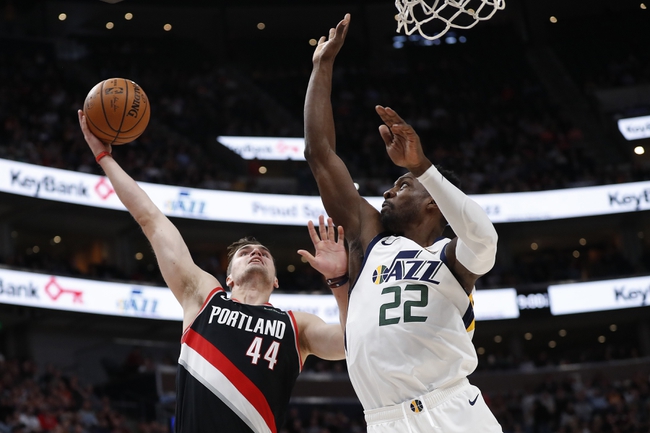 The Oklahoma City Thunder are set to visit Vivint Smart Home Arena in Salt Lake City, Utah for a Western Conference clash against the Utah Jazz. The Oklahoma City Thunder are looking to continue their success from the 2018-2019 season as they went 49-33 which landed them at 6th place in the Western Conference as well as a playoff appearance. The Oklahoma City Thunder will need to replace most of their production from a season ago as Paul George (28 PPG, 8.2 RPG) signed with the Los Angeles Clippers and Russell Westbrook (22.9 PPG, 11.1 RPG, 10.7 APG) was traded to the Houston Rockets. The Thunder were able to receive veteran PG Chris Paul in the trade which should help make up production as they all-star averaged 15.6 PPG and 8.2 APG last year.

The Utah Jazz will be looking to continue their success from the 2018-2019 season as they went 50-32 which landed them at 5th in the Western Conference as well as a playoff appearance. The Utah Jazz will return their leading scorer from a season ago in all-star Donovan Mitchell who contributed 23.8 PPG. The Jazz made some big additions in the offseason by adding Mike Conley (21.1 PPG, 6.4 APG) and Bojan Bogdanovic (18 PPG).

The Oklahoma City Thunder had a complete roster overhaul this offseason while the Utah Jazz added some key pieces to make them a favorite in the Western Conference. The Oklahoma City Thunder won’t be as successful as years past as they lost two all-stars in Paul George and Russell Westbrook, and it will take the roster a while to get going. The Jazz had one of the top duos in the conference last season with Rudy Gobert and Donovan Mitchell, but the addition of Mike Conley and Bojan Bogdanovic gives this team more options to pick from. Utah is typically a tough place to visit for opposing teams, and that will prove true in the season opener.