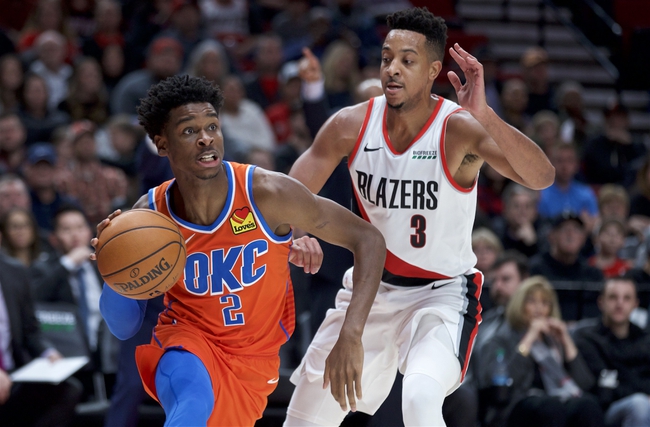 The Oklahoma City Thunder go to the Vivint Smart Home Arena in Salt Lake City, Utah to take on the Utah Jazz on Monday. The Thunder are coming off of an overtime victory against the Minnesota Timberwolves.

The Thunder have played relatively well recently, winning three of their last five games. Their record is currently 9-12 on the season, being led on the offense by Shai Gilgeous-Alexander, who is averaging 18.6 points per game, while Chris Paul leads the team in assists per game with

The Utah Jazz are coming off of a win over the Memphis Grizzlies, snapping their three-game losing streak that they were on. The Jazz were lights out at the three-point line, shooting an incredible 55.9% from three, while Donovan Mitchell put up 22 points in the win. This win was only the second one in five games for Utah, and their prior win before that was against the Grizzlies as well.

The Jazz are 13-10 on the season, an are struggling as of late, but they shine this season at home as the Jazz are 9-2 record at home, and that may give the Jazz an edge in this one. There’s something about playing in Salt Lake that makes Utah better and they will be hoping that an injured Mike Conley will be able to play in this one. If Utah are able to dominate more from the three-point line, they can beat anyone.

The Thunder are playing pretty well at the moment, and Utah having a dip, plus Utah possibly having Mike Conley out, this game may be close. However, Utah is a better team than Oklahoma City, and some of their losses have been against very good teams, I think Utah gets this done at home and begins another win streak. Final score prediction, Utah Jazz win 118-112.