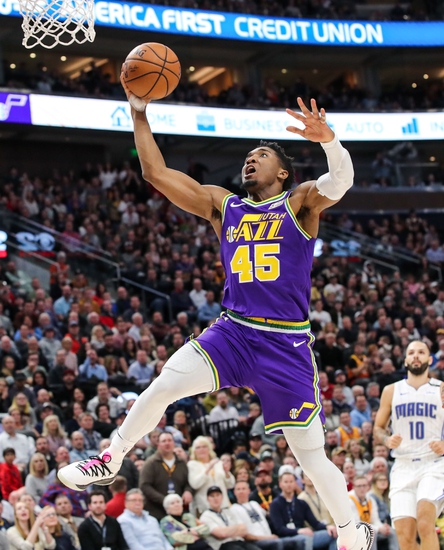 The Orlando Magic head to Utah on Tuesday for a game against Jazz in a matchup of teams from the Eastern and Western Conference.  In their last game, the Magic defeated the New Orleans Pelicans by the score of 130-119. Jonathan Issac led the Magic in points as he scored 21 on the night while shooting 7 of 11 from the field and 6 of 7 from the free throw line.  Isaac also led Orlando in rebounds on the night as he recorded 11 with 1 coming offensively.  D.J. Augustine was the leader for the Magic in assist on the night with 8 while playing 25 minutes in the game.

On the year, the Magic are now 12-14, good enough for 2nd place in the Southeast Division.  The Magic are led in points per game by Evan Fournier, who has averaged 20.0 points per game this season. Jonathan Isaac has led the Magic in rebounds per game as is averaging 7.3 per game.  D.J. Augustin is the team’s leader in assists per game and is recording 4.8 per game.  The Magic come into the game against the Jazz with a clean bill of health as they do not have any players listed on their injury report.

The Utah Jazz are currently 15-11 on the season which places them in 2nd place in the Northwest Division.  Donovan Mitchell leads the Jazz in points per game with 25.0.  Rudy Gobert leads the Jazz in rebounds per game as he has averaged 13.7 per game.  Mike Conley is the assists leader for the Jazz as he is averaging 4.6 per game.  The Jazz enter Tuesday’s game with 2 players listed on their injury report as Mike Conley is listed as out and Tony Bradley is day to day.