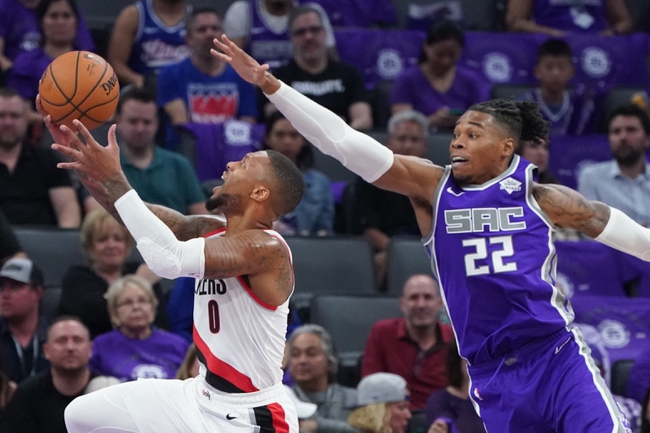 The Sacramento Kings struggled shooting the ball against the Phoenix Suns as they connected on 34 of their 87 field goal attempts (39.1%), and they were slightly worse behind the three-point line (34.5%). The Sacramento Kings were dominated by the Phoenix Suns in the turnover battle (27-14), but they were even in the rebounding department (57-57).

The Utah Jazz come into this matchup with a 1-0 record, and they will be looking to continue their success after winning their season opener against the Oklahoma City Thunder, 100-95. All-star guard Donovan Mitchell led the way for the Utah Jazz as he connected on 14 of his 22 shot attempts for 32 points and 12 rebounds. Rudy Gobert had a good game on the boards for the Jazz as he contributed 14 rebounds while pitching in 7 points.

The Utah Jazz had a solid shooting game from the field as they connected on 40 of their 90 attempts (44.4%), but they struggled a ton behind the three-point line as they went 6 for 24 (25%). The Utah Jazz won the turnover battle against the Oklahoma City Thunder (16-11), but they were outrebounded (61-56).

The Utah Jazz are a team to watch this upcoming year as they have talent and depth, but the same can’t be said about Sacramento as it is extremely concerning after being blown out by the Suns. The Kings are an extremely young team, but they don’t have any stars who will consistently give this team production unlike the Jazz who have a very respectable 2nd unit. The Jazz have one of the top backcourts in the Western Conference as Donovan Mitchell and Mike Conley should be a deadly mix, but the concern should be down low with Rudy Gobert for the Kings. The Vivint Smart Home Arena has traditionally been a tough place for opposing teams to travel to, and the trend will follow here as I expect a big-time win out of the Jazz.