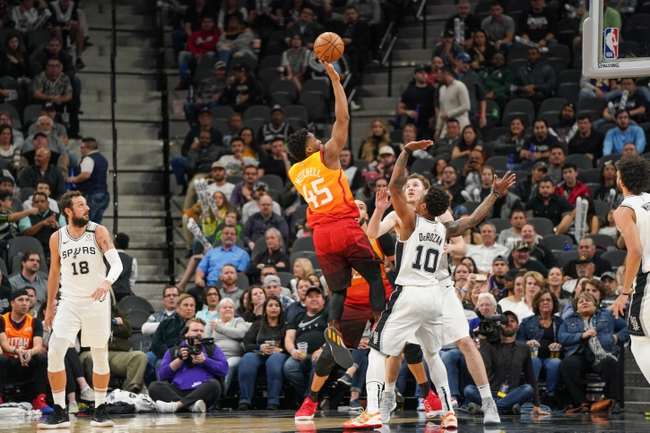 You're never sure which San Antonio Spurs team you're going to get from game to game. The Spurs can either look like a playoff caliber team that plays hard at both ends or not give any effort defensively and roll over to bottom feeders. The good thing is a veteran Spurs team had a week off to get their mind right and regroup for one last effort to keep their playoff streak alive. The Jazz have won their last four games, but they've been in some dogfights and have lost three of the last five to the Spurs. Give me the points.