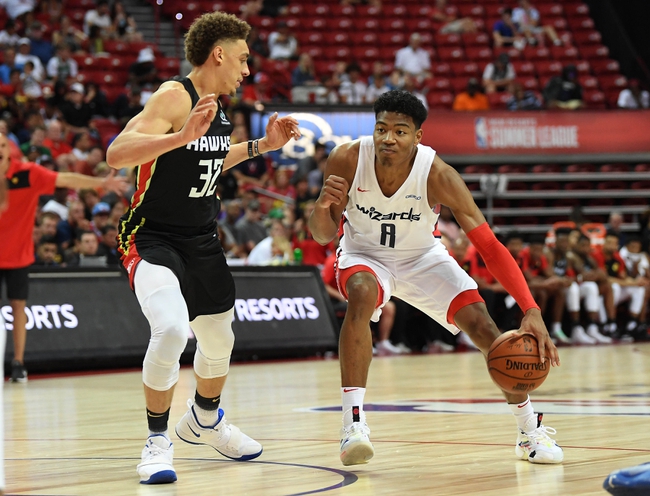 In the Hawks loss to the Rockets, Atlanta was guided on offense by Trae Young.  Young connected on 11 of 30 attempts from the floor, hitting 16 of 18 from the charity stripe, totaling 42 points and 10 assists.  The Hawks shot 36% from the floor and 29% from 3-point range.  Atlanta was out scored from the foul line, 31 to 24, that ultimately turned out to be the difference in the game.  The Hawks trailed by as many as 23 points.

The under is 4-1 in Hawks last 5 games against the Eastern Conference.

Wizards are 4-2 ATS in their last 6 games on a Saturday.

The under is 5-1 in Wizards last 6 home games when at home against Atlanta.

The Hawks have lost 3 of their last 4 games, while the Wizards have won 2 of their last 3.  Both defense's are awful, as both are giving up more than 117 points per game.  The Hawks are 29th in scoring defense, while the Wizards are 30th.  The Hawks are mediocre on offense, but the Wizards are 5th in scoring.  Washington has shown they can score with the best of them.  Each defense is giving up points at will, I look for a high scoring game.  Final score prediction, Wizards will win and the total goes over, 122-117.