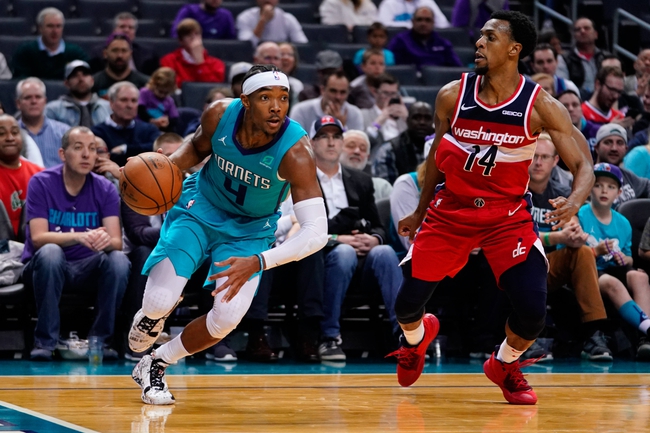 In the Hornets win over the Knicks, Charlotte was guided throughout the game by Terry Rozier.  Rozier registered a double-double, totaling 30 points and 10 rebounds.  The Hornets connected on 39% from the floor and 25% from 3-point range.  Charlotte was able to win this close game, due to out scoring the Knicks from the foul line, 21 to 7.  The Hornets trailed by 1 point at the half.

Wizards are 1-4 SU in their last 5 games against the Southeast Division.

The Hornets have won 7 of the last 10 matchups against the Wizards.  The Hornets have had trouble scoring, averaging just over 103 per game, which ranks 30th.  The Wizards have been the opposite, Washington has had no trouble scoring against any team.  The Wizards rank 5th in offensive production, averaging almost 116 per contest.  It has been the Wizards defense that has kept Washington from winning some games.  Washington ranks 30th in scoring defense, allowing over 121 per game.  Washington should be able to out pace the Hornets offense in this one, even though the Wizards give up points at will.  Final score prediction, Washington will win and cover, 117-111.