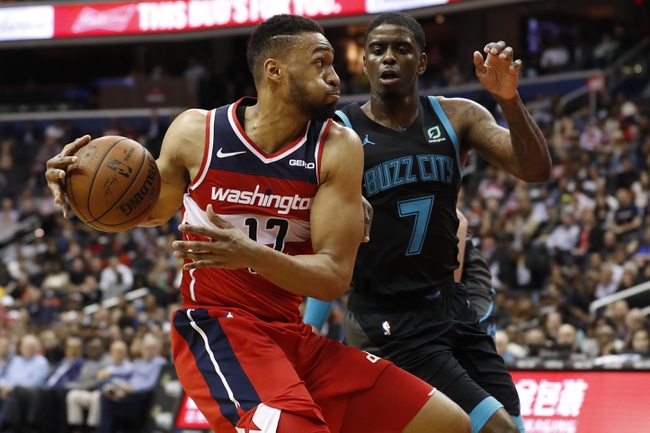 In the Hornets loss to the Nets, Charlotte was guided by Terry Rozier.  Rozier was 5 of 14 from the floor, totaling 18 points in the game.  The Hornets shot 37% from the floor and 33% from 3-point range.  The Nets out rebounded the Hornets 65 to 50, while the hornets gave up 13 offensive boards.  Charlotte had 17 assists to 16 turnovers on the day.  The game was in reach for the Hornets from start to finish, never trailing by more then 12 points.

The under is 4-1 in Hornets last 6 Friday games.

The home team is 7-3 ATS in their last 10 meetings.  It looks like the Wizards have been starting to get the offense figured out in their last 4 games, totaling 133, 137, 121, and 138 in that stretch.  The Wizards offense during this stretch, has bumped their offensive point total average per game to the best in the league.  The Wizards are averaging over 119 per game, while the hornets are scoring just 105 on average.  The Wizards defense does need to get better, because as fast as Washington scores, their opponent is putting up points just as quick.  Washington is giving up 121 per game, which ranks 30th.  I like the Wizards to cover and get a win at home, behind the great play of Bradley Beal.