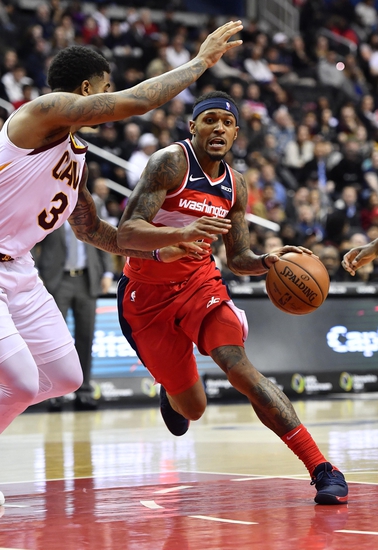 On Friday, the Cleveland Cavaliers head to Washington D.C. for a game against the Pacers in a matchup of two Eastern conference teams.  In their last game, the Cavs lost to the Boston Celtics at home by the score of 119-113.  Collin Sexton led the way for the Cavs in points, scoring a total of 21 while shooting 6 of 14 from the field and a perfect 7 of 7 from the free throw line.  Tristan Thompson led Cleveland in rebounds with 13 as well as assists with 4.

The Cavs (2-5) enter their game against the Wizards looking to get back in the win column. Kevin Love leads the Cavs in points per game with 18.9, assists per game with 4.1 and rebounds per game with 14.4.  Tristian Thompson has been the Cavs leader in shot percentage so far this season and is shooting 53.6% from the field.  Dylan Windler is the only Cleveland player listed on the injury report and is out for Friday’s game.

The Washington Wizards welcome the Cleveland Cavaliers to town after a 121-106 loss to the Indiana Pacers in their last game.  Bradley Beal scored a team high 30 points while going 12 of 29 from the field and 5 of 5 from the free throw line.  Thomas Bryant led the Wizards in rebounds with 10, while Ish Smith led the team in assists with 7 on the night.