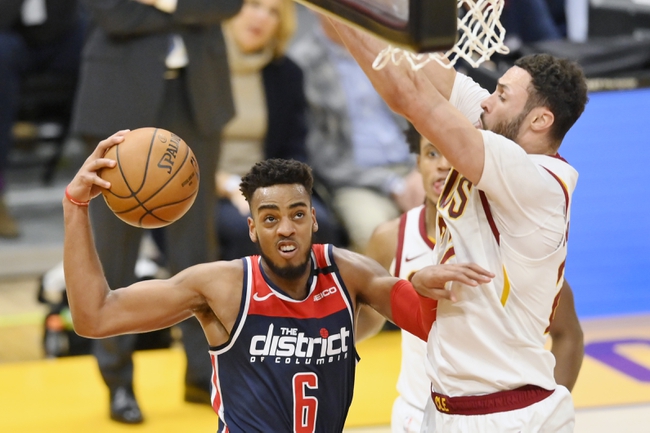 The Cleveland Cavaliers pay a visit to the Washington Wizards at the Capital One Arena on Friday night.

The Cleveland Cavaliers have been in a serious slump as they’ve lost 13 of their last 15 games overall before the All-Star break, but they will be aiming to build some momentum after snapping a six-game skid with a 127-105 home win over the Hawks on Feb 12. Tristan Thompson led the team with 27 points and 11 rebounds on 11 of 16 shooting off the bench, Collin Sexton and Larry Nance Jr. each scored 23 points while Kevin Porter Jr. chipped in with 18 points. As a team, the Cavaliers shot 51 percent from the field and 10 of 28 from the 3-point line as they set the tone with 33 points in the first quarter to lead by 16 points at halftime before cruising in the second half. Cedi Osman had a night to forget as he finished with just three points on one of 10 shooting from the field.

Meanwhile, the Washington Wizards have been in great form as they’ve won five of their last seven games heading into the All-Star break and they will be aiming for a third straight victory after blowing past the lowly Knicks in a 114-96 road win on Feb 12. Bradley Beal led the team with 30 points on 11 of 23 shooting, Davis Bertans added 16 points off the bench while Isaac Bongo chipped in with 13 points. As a team, the Wizards shot 47 percent from the field and 10 of 28 from the 3-point line as they trailed by four points at halftime, before taking over in the second half where they exploded for 68 points to make it a blowout as they held the Knicks to just 40 percent shooting from the field and three of 23 from the 3-point line.

Head to head, the over is 4-1 in the last five meetings overall and the Cavaliers are 5-2 ATS in the last seven meetings in Washington.

Peter’s Pick Please check back later for my free pick once the line is released.