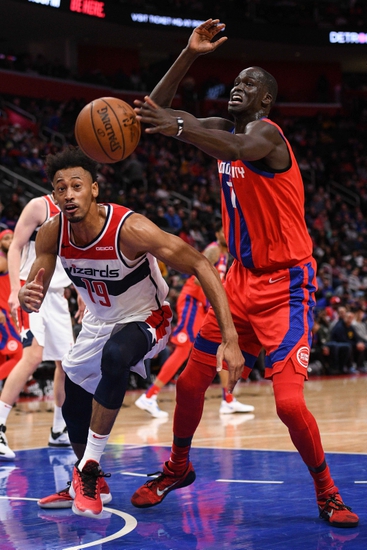 In the Wizards loss to the Raptors, Washington was led throughout the game by Troy Brown Jr.  Brown converted on 9 of 13 attempts from the floor, making 2 free throws, registering 22 points.  The Wizards shot 45% from the floor and 43% from deep.  Washington has struggled all year on defense and this game was no different, allowing the Raptors to convert on 57% of shots.  The Wizards gave up 22 3-pointers in the loss.

Pistons are 3-8 ATS in their last 11 games against the Eastern conference.

Wizards are 1-5 ATS in their last 6 Central division games.

Washington ranks 30th in scoring defense and 27th in defending the 3.  This is an area of note, as the Pistons have the 4th best offensive 3-point percentage.  Detroit is a little short handed at the moment, but it shouldn't be to big of an issue, since Washington gives up points at will.  The Wizards have been able to score with just about anyone, ranking 5th inoffensive production.  Both teams should be able to score at a consistent rate, I'll side with the over.  Final score prediction, Wizards will win and the total goes over, 119-116.