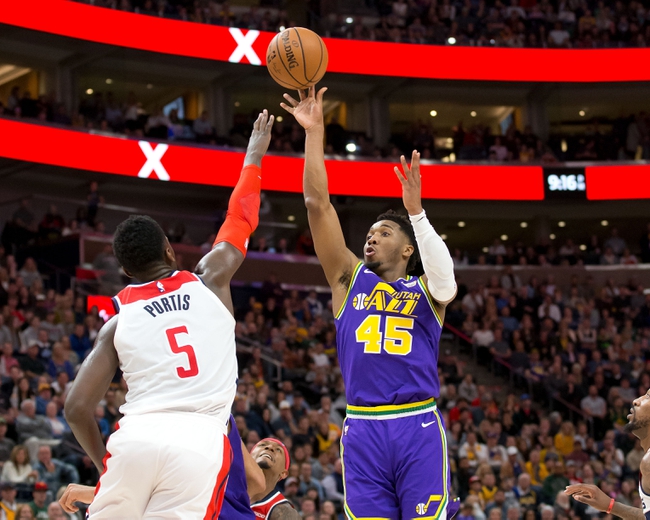 In the Jazz win over the Hornets, Utah was led throughout the game by Jordan Clarkson.  Clarkson connected on 8 of 15 attempts from the floor, totaling 20 points.  Rudy Gobert added a double-double, finishing with 15 points and 13 rebounds.  Utah shot 51% from the floor and 43% from 3-point range.  The Jazz were able to win, thanks to their 3-point success.  Utah connected on 18 3-pointers, while allowing just 8 on defense.

In the Wizards win over the Hawks, Washington was guided offensively by Jordan McRae.  McRae converted on 10 of 26 attempts from the floor, hitting 5 free throws, finishing with 29 points.  Washington shot 37% for the game and 34% from distance.  The Wizards were able to win, thanks to their 2nd chance opportunities and forcing turnovers.  Washington collected 19 offensive rebounds, while forcing 18 turnovers.

Jazz are 6-1 ATS in their last 7 games against Washington.

The Jazz have been playing great basketball, having won 8 in a row.  The Wizards have won 3 of their last 4.  The Wizards have a good offense and have had no problem scoring with the best of them.  Utah is allowing less than 106 per game.  Defensively, Washington has been awful, allowing nearly 120 per game and are 30th in defensive field goal percent.  The Jazz aren't great offensively, having the 20th ranked scoring offense, but the Wizards defense should help improve their numbers.  Final score prediction, Jazz will win and cover,