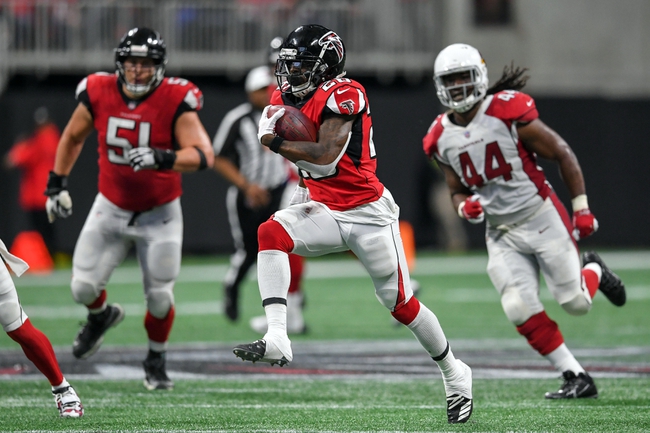 The Atlanta Falcons head to the desert to take on the Arizona Cardinals at State Farm Stadium in Glendale, Ariz. on Sunday.

This battle features two teams looking to turn around seasons that they expected to be much more successful through the first quarter or so of the season. Featuring two of the NFL’s worst four defenses, these two teams have just two wins between them and looking at how many points they are allowing, it’s no surprise. Atlanta is coming off of allowing 53 at Houston while Arizona gave up 23 points to the offensively-poor Cincinnati Bengals.

Since it is clear that both defenses can certainly be scored upon, do either offense have the ability to take advantage? The answer is yes. Atlanta allows points to everyone, and Matt Ryan has yet to be slowed down this year, so the points will be going on the board with regularity. But that 51.5 total is a bit steep for just about any NFL matchup, and it is difficult to depend on that many points against these two defenses when Julio Jones and David Johnson are both listed as questionable.

So which team will get the better of the other? While Kyler Murray will likely run wild, it’s tough to bet against Atlanta on this one. That Falcons offense is clicking, even though their defense isn’t, and Atlanta taking on the No. 28 defense in the NFL should be much too much to overcome. The Falcons minus-2.5 is the pick.