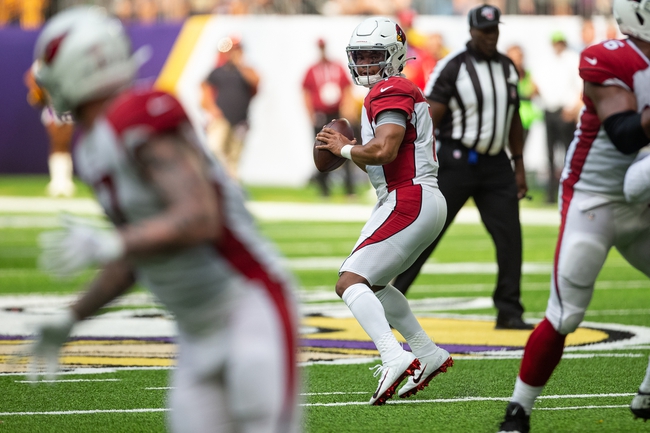 The Detroit Lions have won 15 games in the last two years and haven’t missed the playoffs three straight seasons since 2008-10. The Detroit Lions have split their last three road games. The Detroit Lions have won six of their last eight regular season openers. The Lions offense should be much better than it was a year ago with Matthew Stafford at quarterback and a wide receiver trio of Danny Amendola, Marvin Jones and Kenny Golladay. It’s just a matter of getting the offensive line on the same page, as Stafford was sacked 40 times last season. Defensively, the Lions showed promise last season and should be able to build on those efforts with three of its top-four tacklers returning. Jarrad Davis has quickly become a consistent linebacker in a couple of years and Romeo Okwara is coming off a 7.5-sack season in his first year in Detroit. It’s probably best to take a wait and see approach with the Lions because they’re the Lions, but there’s potential with this squad in 2019.

The Arizona Cardinals have made the playoffs four times since 1999 and hope things can turnaround in the Kliff Kingsbury era. The Arizona Cardinals have lost seven of their last eight home games. The Arizona Cardinals have lost four of their last six regular season openers. There’s talent on this Cardinals offense with David Johnson, Christian Kirk and Larry Fitzgerald and an offensive minded coach should be able to get a lot out of that trio. The question comes down to how effective Kyler Murray is going to be in his rookie season, or as a pro overall. Murray didn’t exactly light up the preseason and it’s fair to have questions about him measuring up. Defensively, the Cardinals should be a feisty group up front with Terrell Suggs joining Chandler Jones and Rodney Gunter. The secondary also gets a boost with the addition of D.J. Swearinger at safety, giving Patrick Peterson some help. The Cards could be a surprise team and have legit upside if Murray can take the league by storm and become the playmaker he was in college. Easier said than done, obviously.

If the Detroit Lions are going to be a playoff contender this season and take that next step, they win this game without much of an issue. The Arizona Cardinals have talent on both sides of the ball, but they also have a rookie quarterback and a rookie coach, and neither of those guys did much in the preseason to convince you this is going to be an easy transition. The Lions have one of the more underrated defenses in the league and a quarterback who can light the world on fire once he catches a rhythm. I'll lay the small chalk with the Lions, as I don't have much trust in the Cardinals QB or coach at the moment.