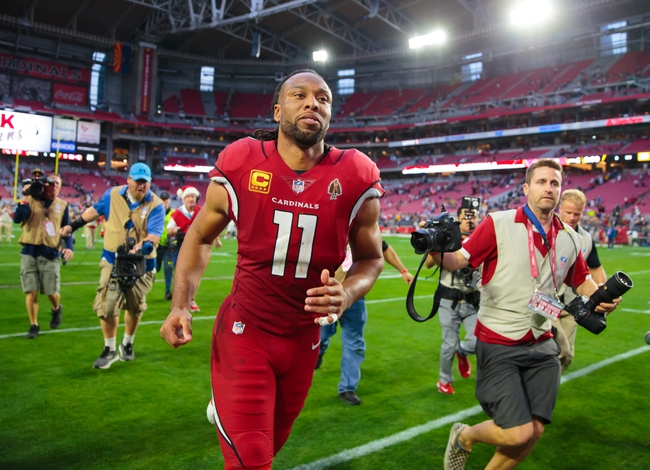 The Los Angeles Rams travel to face off against the Arizona Cardinals in a NFC West clash.  The Rams are (6-5), after getting dominated to a tune of 45-6 to the Baltimore Ravens.  The Cardinals are (3-7-1), coming off a bye.  In their last game, Cardinals lost to the 49ers 36-26.

In the Cardinals loss to the 49ers, Arizona was guided by Kyler Murray.  Murray completed 24 of 33 passes for 150 yds receiving, while throwing 2 touchdowns.  Murray also added 67 yds on the ground and another score.  The Cardinals got out to a nice lead, scoring the first 16 points of the game.  The Cardinals gave up 2 49er touchdowns in the final 31 seconds, to take the loss.  The Cardinals were out gained 442 to 266 in the game.

Cardinals are 5-1-1 ATS in their last 7 games overall.

The over is 4-1 in Cardinals last 5 home games.

The favorite is 5-0 ATS in their last 5 meetings.  The road team is 7-2 ATS in their last 9 meetings.  The Cardinals have lost 4 in a row, 3 of them ultimately came down to one possession.  The Rams have won 3 of 5, but I have not been impressed with their play, even in their wins. The Rams struggled to pull away from a winless Bengals team in London and only put up 17 points on the Bears.  The Rams looked awful in about every aspect of the game against the Ravens.  One may wonder, how will the Rams respond after that game?  The Cardinals are well rested, coming off a bye.  I'll take a shot with the Cardinals to out right win, as they have looked decent even in their losses.  Final score prediction, Cardinals win, 24-21.