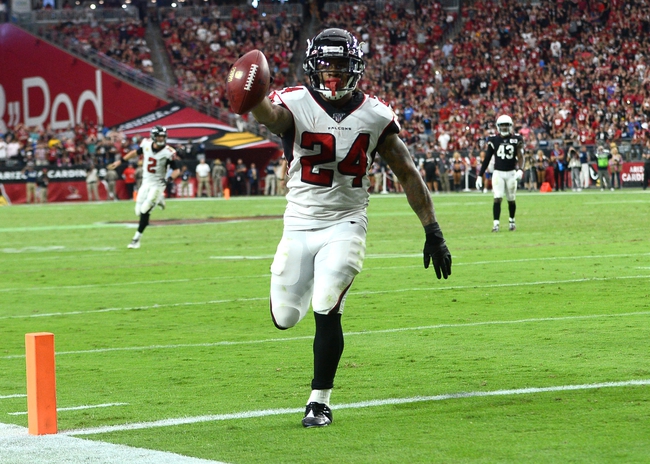 The Los Angeles Rams are set to visit Mercedes-Benz Stadium in Atlanta, Georgia for an NFC clash against the Atlanta Falcons. The Los Angeles Rams come into this matchup with a 3-3 record, and they will be looking to rebound after dropping their recent home game against the San Francisco 49ers, 20-7. QB Jared Goff struggled to get any offense generated through the air for the Rams as he connected on 13 of his 24 pass attempts for 78 yards. The ground attack was bottled up for Los Angeles as Malcolm Brown and Darrell Henderson Jr. combined for 79 rushing yards on 17 carries.

The Los Angeles Rams struggled on the defensive side of the ball against the San Francisco 49ers as they allowed them to score 20 points and rack up a total of 331 yards of offense. Cory Littleton led the way for the Los Angeles defense with 14 tackles and 1 pass deflection. DT Aaron Donald was able to get into the San Francisco backfield a handful of times as he contributed 7 tackles, 3 TFL, and 2 sacks while CB Nickell Robey-Coleman pitched in 2 TFL.

The Atlanta Falcons come into this matchup with a 1-5 record, and they will be looking to rebound after dropping their recent road game against the Arizona Cardinals, 34-33. QB Matt Ryan had a big game through the air for the Falcons as he connected on 30 of his 36 pass attempts for 356 yards and 4 TDs. TE Austin Hooper was the top target for Ryan and Atlanta as he hauled in 8 catches for 117 yards and a TD.

The Atlanta Falcons struggled on the defensive side of the ball against the Arizona Cardinals as they allowed them to score 34 points and rack up a total of 442 yards of offense. LB De’Vondre Campbell led the way for the Atlanta defense with 9 tackles. LB Deion Jones recorded the lone TFL for the Falcons as he pitched in 6 tackles and 1 TFL. The Atlanta Falcons were unable to force a turnover against the Arizona Cardinals which will need to be improved moving forward.

The Los Angeles Rams do not look like the Super Bowl team they were last year, but this is the game that will allow them to get back on track as the Atlanta Falcons are 1-5 on the season. The Los Angeles Rams were bottled up on the offensive side of the ball against the 49ers as they only racked up 157 yards of offense, but we can’t forget that this is one of the top units in football. The Falcons are allowing opponents to score 31 PPG which ranks 2nd to last in the NFL, and the Rams will have no problem moving the ball on them here.