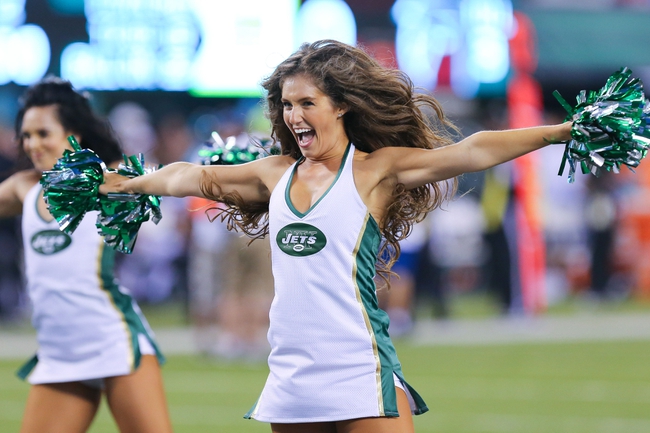 The New York Jets and the Atlanta Falcons will match up on the NFL gridiron for Preseason Week 2 action on Thursday.

The Jets’ 2018 was another disappointment as the team finished 4-12 and in the basement of the AFC East. It was the last year under head coach Todd Bowles and GM Mike Maccagnan, and the team moves forward with Adam Gase and Joe Douglas filling those roles respectively.

The Jets opened things up against their intracity rival Giants on Saturday, falling in that one 31-22. The good news is that starting Jets QB Sam Darnold looked sharp, going 4-for-5 for 68 yards and a TD.

Over on the Falcons’ side, they finished at 7-9 in the 2018 campaign and missed the playoffs with a second-place NFC South standing. Injuries got to Atlanta early last year, and they tripped out of the gate at 1-4.

Following a 14-10 loss against the Broncos August 1, the Falcons went down to Miami and fell to the Dolphins this past Thursday 34-27. QB Matt Schaub finished with a clean line at 12-for-19 and 172 yards in that one.

The Jets have some legitimate talent on their roster these days, and the team can refrain from bungling personnel decisions for a couple of seasons New York could make some noise behind the young Darnold and his core of skill players.

As for Atlanta, they’ve got some major players as well, with Matt Ryan, Julio Jones and Devonta Freeman anchoring the offense. I expect to see a little bit from some of those veteran guys here, and they should help get the Falcons off to a nice start in the game. I’m going Atlanta.