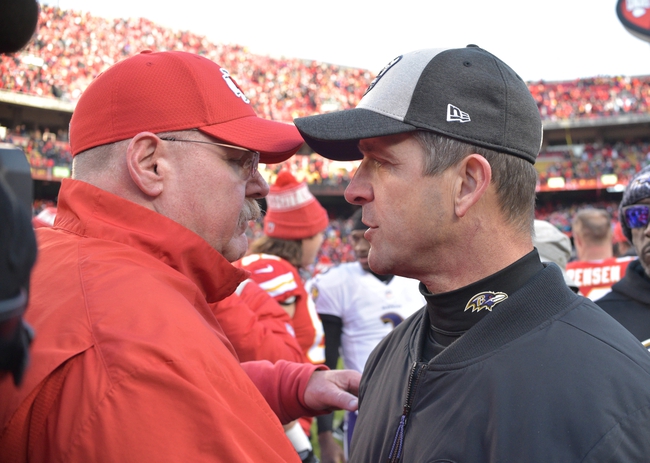 The Baltimore Ravens look for a statement victory to improve to 3-0 on the season and solidify themselves as title contenders. The Baltimore Ravens have won four of their last six road games. Lamar Jackson is completing 71.9 percent of his passes for 596 yards, seven touchdowns and zero interceptions. Jackson now has 13 regular season touchdown passes for his career. Marquise Brown and Mark Andrews have combined for 453 receiving yards and four touchdowns while Willie Snead IV has three receptions. The Baltimore Ravens ground game is averaging 223.5 yards per contest, and Mark Ingram leads the way with 154 yards and two touchdowns. Defensively, Baltimore is allowing 13.5 points and 274.5 yards per game. Patrick Onwuasor leads the Baltimore Ravens with 10 tackles, Matthew Judon has two sacks and Earl Thomas has one interception.

The Baltimore Ravens are 8-1-1 ATS in their last 10 games as a road underdog. The Kansas City Chiefs have failed to cover five of their last seven games as a home favorite. It's tough to turn down free points with a team such as the Ravens, as they get after it defensively and control the clock with a sound ground game. However, the Kansas City Chiefs are a quick scoring team and can build a double-digit lead at the drop of a hat. If KC gets off to a fast start, which happens far too often at home, the Ravens will have to open up the playbook offensively. As well as Lamar Jackson has looked through two games, I have a hard time believing he went from being inaccurate through the air to the next Joe Montana overnight. I'll take the Chiefs by a touchdown.