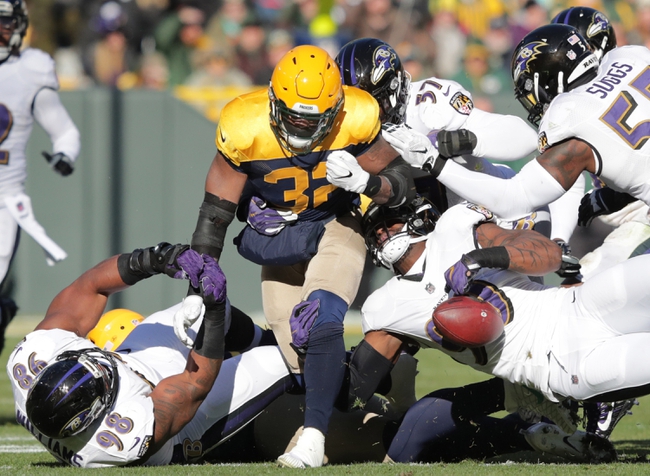 The Green Bay Packers are coming off a 28-26 win over the Houston Texans, a game they barely survived in the fourth quarter. DeShone Kizer and Tim Boyle combined for 142 passing yards and three touchdowns. Dexter Williams led Green Bay with 62 rushing yards on 14 carries, while Allen Lazard had a 27-yard touchdown reception. Defensively, Ty Summers led Green Bay with 10 tackles, Reggie Gilbert had one sack and Randy Ramsey had one sack. The Green Bay Packers have to be encouraged by the backup offensive players, but the last defensive unit has some work to do, as they allowed the Texans to turn a blowout victory into a game that came down to the final minute. The Green Bay Packers have won six of their last nine preseason games.

The Baltimore Ravens are coming off a beatdown 29-0 victory over the Jacksonville Jaguars. Trace McSorley and Lamar Jackson combined for 144 passing yards, one touchdown and one interception. Jaylen Hill led the Ravens with 33 yards on 10 carries, while Chris Moore had 48 receiving yards on two receptions. Defensively, Kenny Young led the Ravens with six tackles, Patrick Ricard had two sacks and Chris Wormley had one tackle for loss. The Baltimore Ravens were arguably the most impressive team through the first week of preseason, allowing just 2.1 yards per play and scoring at least six points in each of the first three quarters. Of course, this isn’t anything new for the Ravens when it comes to preseason play. The Baltimore Ravens have won each of their last 14 preseason games.

At this point it's just about blindly backing the Baltimore Ravens, who absolutely destroyed the Jacksonville Jaguars in their opener and have won 14 straight preseason games. The Ravens haven't lost a preseason game since September 3 of 2015. Sure, that's not sustainable given the randomness of the preseason, but it's a hell of stat and one that is strong enough to where you back until the tickets stop cashing. I'll lay the chalk with the Ravens at home.