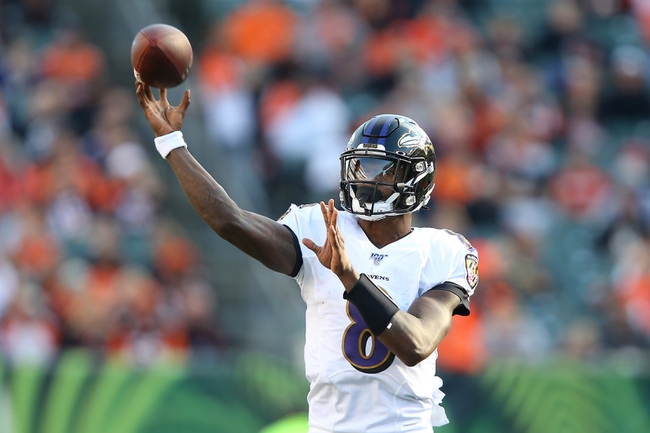 The Houston Texans are set to visit M&T Bank Stadium in Baltimore, Maryland for an AFC clash against the Baltimore Ravens. The Houston Texans come into this matchup with a 6-3 record, and they will be looking to continue their success after winning their recent game against the Jacksonville Jaguars, 26-3. QB Deshaun Watson had a big game through the air for Houston as he connected on 22 of his 28 pass attempts for 201 yards and 2 TDs. RB Carlos Hyde had a productive game on the ground for the Texans as he ran for 160 yards on 19 carries.

The Houston Texans were good on the defensive side of the ball against the Jacksonville Jaguars as they held them to 3 points while forcing 4 turnovers. CB Gareon Conley led the way for the Houston defense with 8 tackles and 3 pass deflections. LB Brennan Scarlett was able to get into the Jacksonville backfield a handful of times as he pitched in 2 sacks and 1 TFL. The secondary had a productive game for the Texans as safety Justin Reed and safety Jahleel Addae each recorded interceptions.

The Baltimore Ravens come into this matchup with a 7-2 record, and they will be looking to continue their success after winning their recent road game against the Cincinnati Bengals, 49-13. QB Lamar Jackson had a big game for Baltimore as he connected on 15 of his 17 pass attempts for 223 yards and 3 TDs while also adding 65 rushing yards and a TD. TE Mark Andrews was the top target for Jackson and the Ravens as he hauled in 6 catches for 53 yards and 2 TDs.

The Baltimore Ravens were solid on the defensive side of the ball against the Cincinnati Bengals as they held them to 13 points and a total of 307 yards of offense. LB Josh Bynes led the way for the Baltimore defense with 9 tackles. The secondary had a productive game for the Ravens as CB Marlon Humphrey contributed 5 tackles and 2 pass deflections while CB Marcus Peters pitched in 6 tackles while returning an interception 98 yards for a TD.

This will be one of the best games of Week 11 as we have two of the most electric QBs in the NFL, but the Baltimore Ravens are rolling as of recent with back-to-back blowout wins. The Ravens currently have the best offense in the NFL as they are scoring an average of 33.3 PPG, and that could be accredited to Lamar Jackson and Mark Ingram leading an explosive ground game. Houston lost J.J. Watt which is a blow to the pass rush, but it is also a help to Jackson as he can drop back and find his mismatches with his TEs. The Baltimore defense has been improved with Marcus Peters in the secondary, and they will be too much to handle at home.