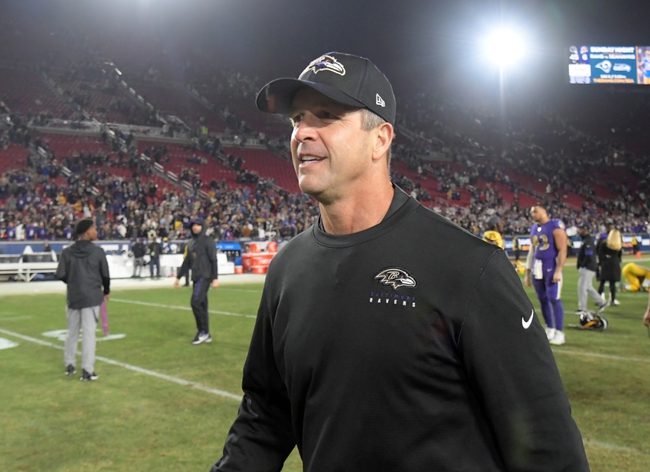 In the 49ers win over the Packers, San Francisco was guided on offense by Jimmy Garoppolo.  Garoppolo completed 14 of 20 passes for 253 yds and 2 touchdowns.  George Kittle added 129 yds receiving on 6 receptions and a touchdown.The 49ers held the Packers to below 200 yds of offense, out gaining them 339 to 198.  The 49ers forced 1 turnover, while committing 0 in the game.  The Packers controlled the time of possession but had nothing to show for it, as it took just over 24 minutes of game time for the 49ers to put up 37 points.

In the Ravens win over the Rams, Baltimore was led by none other than quarterback Lamar Jackson.  Jackson completed 15 of 20 for 169 yds, while throwing 5 touchdowns.  Mark Ingram added 111 yds rushing on 15 carries and a score, while also adding a receiving touchdown.  The Ravens out gained the Rams, 480 to 221.  The Ravens defense was outstanding in the game, forcing 2 turnovers and holding the Rams to just 22 yds rushing.  The Ravens finished with 285 yds rushing.

Ravens are 5-0 ATS in their last 5 games overall.

The over is 5-2 in Ravens last 7 games following a ATS win.

The home team is 5-1 ATS in their last 6 meetings.  This game should be one of the better games of the season.  Baltimore has the highest scoring offense, while San Francisco has the 2nd best scoring defense and the 2nd best scoring offense.  Baltimore defense has been solid as well, ranking 5th in fewest points allowed.  This game I could see coming down to a last second field goal.  The 49ers are 5-0 on the road, while the Ravens are 4-1 at home.  Both teams just blew out their previous opponent and it is hard to ignore what the Ravens did on the road.  The 49ers will stay in this game due to their defense, but a late score secures the win for Baltimore.  Final score prediction, 49ers cover, but the Ravens win, 28-27.