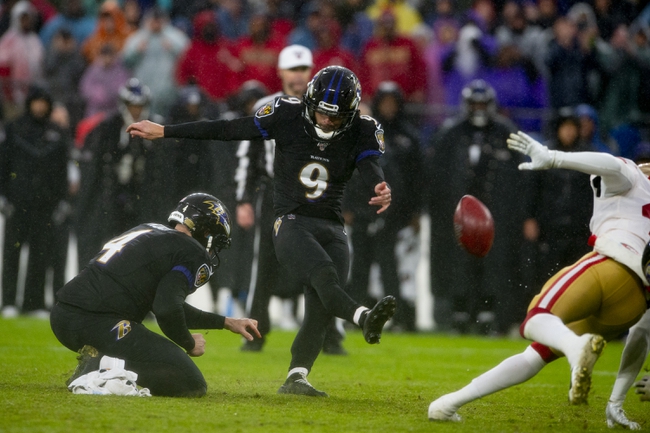 In the Ravens win over the 49ers, Baltimore was guided on offense by none other than Lamar Jackson.  Jackson completed 14 of 23 passing for 105 yds and a passing touchdown, while rushing for 101yds and another score.  Mark Andrews added 3 receptions for 50 yds an a score.  The Ravens were out gained by the 49ers, 331 to 283 in the game.  Justin Tucker won the game for the Ravens, connecting on a 49 yd field goal as time expired.

In the Bills win over the Cowboys, Buffalo was led by quarterback Josh Allen.  Allen completed 19 of 24 passes for 231 yds and a score.  Allen also added a 15 yd rushing score in the win.  The Bills were out gained by the Cowboys, 426 to 356.  The Bills defense came up big when needed, forcing 2 turnovers.  Cole Beasley in his return to Dallas, contributed a receiving touchdown and a 100 yd game performance.

Ravens are 5-1 ATS in their last 6 games overall.

Bills are 4-0 ATS in their last 5 games overall.

Bills are 5-2 ATS vs a team with a winning record.

The home team is 7-1 ATS in the last 8 matchups in this series.  This will be an intriguing game to keep an eye on.  Jackson and company are the highest scoring offense in the league, while Buffalo is the 3rd ranked scoring defense.  The issue here for Buffalo is, Baltimore has a great defense as well, ranking 5th in fewest points allowed.  Both teams are on a win streak, Ravens have won 8 in a row, while the Bills have won 3 in a row.  I think Buffalo keeps this game close, but the difference will be the Ravens are able to be more consistent on the offensive side of the ball than Buffalo.  Buffalo's defense will keep the Bills in this one, but the Bills offense will be the issue in not being able to close the deal.  Final score prediction, Ravens will win, but Bills cover, 24-20.