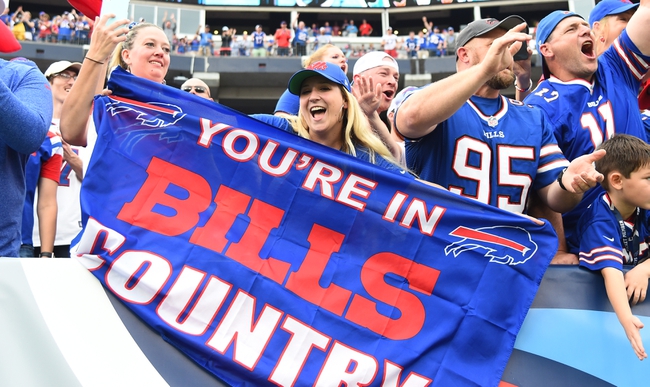 The Miami Dolphins are coming off a 1 point loss to the Redskins, the loss dropped the dolphins to 0-5 on the season.  The Buffalo Bills come into this game with a record of 4-1 on the season. The Bills enter this game fresh off a bye week.

It is no secret that the Dolphins have struggled this year, having been blown out in almost every game. Josh Rosen looks like he will be on the bench this week and Ryan Fitzpatrick will be back in as the starting quarterback. On the season, Fitzpatrick is 39/70 for 435 yds and has thrown 2 TD’s to 4 picks. Devante Parker has 13 receptions for 229 yds and 2 TDs.  The Dolphins as a whole only have 1 rushing touchdown. Linebacker Jerome Baker leads the team with 33 tackles.

The Bills have been led primarily by their stout defense this year.  The defense is allowing under 290 yds total of offense per game. Quarterback Josh Allen has thrown for 1,122 yds on 102 completions.  He has thrown 7 INT’s while only throwing 5 TD’s. Allen has rushed for 3 TD’s on the year. Frank Gore has 333 yds rushing to go along with his 2 TD’s.  John Brown has totaled 390 yds receiving.

The Dolphins have not been good this season by any means.  However, Ryan Fitzpatrick is returning to Buffalo where he played a couple seasons. I think Fitzpatrick will be motivated and will put together a couple good drives for the Dolphins.  In the end, I don’t think the Dolphins have enough weapons to beat the Bills defense. The Bills have not had an amazing offense either. The Bills have relied on their defense. I am going to take the under in this game, as this is a tale of two offenses that have struggled this year.  Final score prediction, Bills win 24-14 and the score goes under.