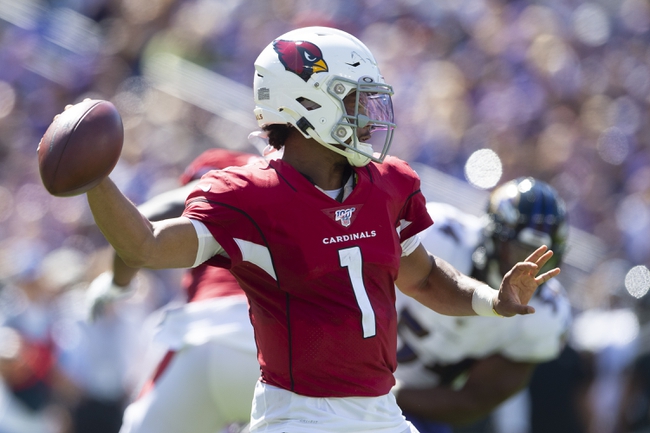 The Carolina Panthers need a win to save their season and rebound from a rough 0-2 record. The Carolina Panthers have lost five of their last seven road games. Cam Newton is completing 56.2 percent of his passes for 572 yards, zero touchdowns and one interception. Newton has two or more touchdown passes in 10 of his last 13 games. DJ Moore and Greg Olsen have combined for 311 receiving yards on 26 catches while Curtis Samuel has eight receptions. The Carolina Panthers ground game is averaging 83 yards per contest, and Christian McCaffrey leads the way with 165 yards and two touchdowns. Defensively, Carolina is allowing 25 points and 319 yards per game. Luke Kuechly leads the Carolina Panthers with 25 tackles, James Bradberry has one sack and Donte Jackson has one pass deflection.

The Carolina Panthers have split their last eight games ATS as a road underdog. The Arizona Cardinals have failed to cover seven of their last 10 games as a home favorite. The Carolina Panthers haven't exactly looked good out of the gate and are now expected to be without Cam Newton, which means Kyle Allen, who has 31 career pass attempts under his belt, will get the nod. The Arizona Cardinals may not have much to show for it, but forcing a tie in a comeback against the Lions and taking the Ravens down to the wire as big underdogs is impressive. The Cardinals have shown heart and are playing hard. Against a banged up offense, the Cardinals should get their first win of the season.