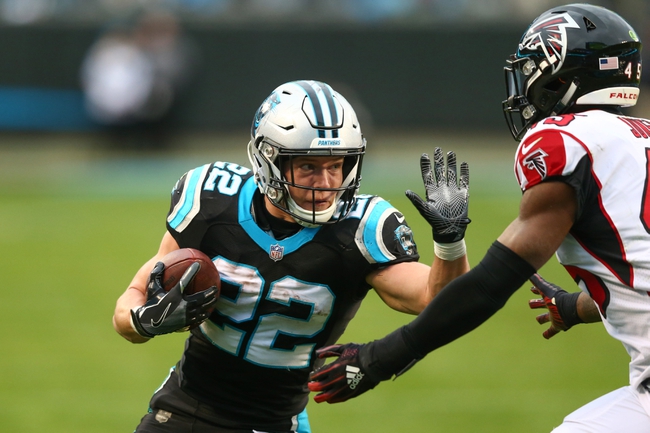 The Atlanta Falcons head to North Carolina on Sunday for a game against the Panthers after shocking the New Orleans Saints, beating them by the score of 26-9.  Matt Ryan completed 20 of 35 passes wile throwing for 182 yards, 2 touchdowns and an interception.  Brian Hill was the most productive rusher for Atlanta as he carried the ball 20 times for 61 yards on the day.  Atlanta was led in receiving by Julio Jones who caught 3 passes for 79 but didn’t record a touchdown in the game.  The Atlanta defense kept the high powered Saints offense out of the endzone the entire game and allowed a total of 310 yards to the Saints including just 52 rushing yards.

With the win against the Saints, the Falcons are now 2-7 as the win snapped a 6 game losing streak. The Falcons are currently in 4th place in the NFC South and will be looking to play spoiler the rest of the season.   On the year, Matt Ryan, thrown for 2,352 yards while totaling 17 touchdowns and 9 interceptions.  The Falcons lead receiver is Jones who has recorded 53 receptions for 791 yards and 4 touchdowns.  Davonta Freeman who is currently listed as questionable for Sunday’s game has had another down season, carrying the ball 107 times for 371 yards without scoring a touchdown on the ground.  The Falcons enter Sunday’s game pretty banged up as Devonta Freeman and Austin Hooper are listed as questionable while John Cominsky, Wes Schweitzer and Desmond Trufant are all listed as out.

The Carolina Panthers welcome the Atlanta Falcons to town after losing their last game at Green Bay to the Packers by the score of 24-16.  Kyle Allen completed 28 of 43 passes for 307 yards, 1 touchdown and an interception.  Christian McCaffrey carried the ball 20 times for 108 yards and a touchdown.  Wide receiver D.J. Moore caught 9 passes for 120 yards but failed to score a touchdown in the game.  The Carolina defense allowed 388 total yards to the Packers including 163 on the ground.

The Panthers are now 5-4 on the season, good enough for 2nd place in the NFC South.  Carolina’s play can be seen as somewhat of a surprise after playing most of this season without star quarterback Cam Newton. In Newton's absence, Kyle Allen has thrown for 1,598 yards and 10 touchdowns against 5 interceptions. Christian McCaffrey is having another productive season and has rushed 185 times for 989 yards and 11 touchdowns. The dual threat McCaffrey has also caught 48 passes and scored 3 touchdowns through the air this season. The most productive wide receiver for the Panthers on the season has been D.J. Moore who has 54 catches for 684 yards and 1 touchdown.  The Panthers enter Sunday’s game with 2 players listed on their injury report as James Bradberry and Greg Little are listed as out.