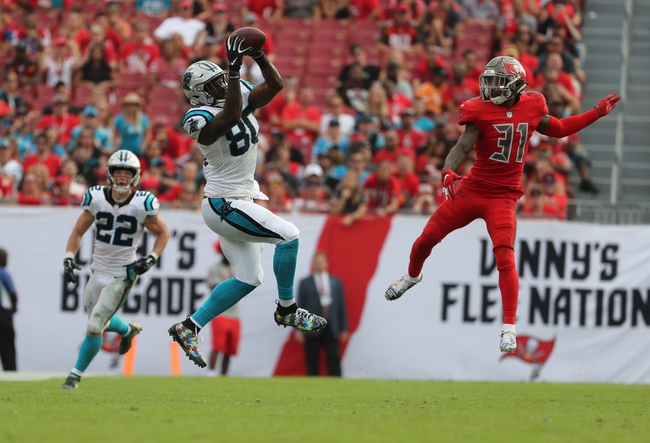 The Carolina Panthers also need a win her after a heartbreaking loss to the Los Angeles Rams. The Carolina Panthers have lost their last four home games. Cam Newton is completing 65.8 percent of his passes for 239 yards, zero touchdowns and one interception. Newton has two or more touchdown passes in 10 of his last 12 games. Christian McCaffrey and DJ Moore have combined for 157 receiving yards on 17 catches while Greg Olsen has four receptions. The Carolina Panthers ground game is averaging 127 yards per contest, and McCaffrey leads the way with 128 yards and two touchdowns. Defensively, Carolina is allowing 30 points and 349 yards per game. Shaq Thompson leads the Carolina Panthers with nine tackles, James Bradberry has one sack and Donte Jackson has one pass deflection.

The Tampa Bay Buccaneers are 4-4-2 ATS in their last 10 games as an underdog of at least three points. The Carolina Panthers hav failed to cover five of their last eight games as a favorite of at least three points. The Panthers have won seven of the last 10 games against the Buccaneers, but it's the road team that's covered seven of those games as well. Both of these teams had chances to win their opener but came up short due to spotty quarterback play and offenses that couldn't execute down the stretch. I want nothing to do with Winston and his constant bad decision making, but I'm not trying to lay nearly a full touchdown with the Panthers. Like a lot of Thursday night games for me, this is a pass, but I'd lean toward the points if forced to pick. Yuck.